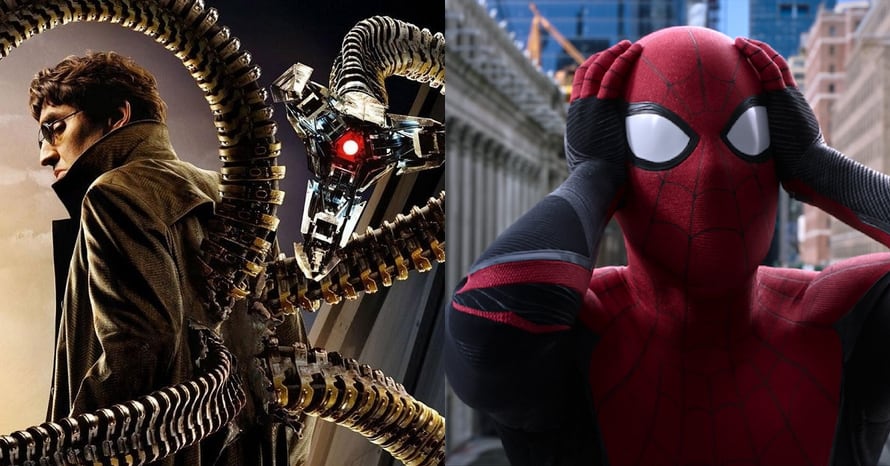 After the shocking news last week that Alfred Molina is returning to reprise his role as Doctor Octopus in Tom Holland’s Spider-Man 3, a new image shows off the star rocking a stunning costume for the role. The news was quickly followed up by equally surprising reports that both Andrew Garfield and Tobey Maguire are expected to return as their respective Spider-Men in the sequel.

The new design comes from digital artist bobby_art and takes its cues from the version of Doctor Octopus who appeared in the Marvel’s Spider-Man PS4 game. When Alfred Molina appeared in Sam Raimi’s Spider-Man 2, his costume took on a much more realistic approach rather than the vibrant green and yellow jumpsuit. But with his reappearance in the Tom Holland sequel, it’s possible he’ll get a comic-accurate outfit. Take a look at Alfred Molina as Doctor Octopus for Spider-Man 3 below.

What do you make of the design? Do you want to see Alfred Molina in a comic accurate costume to play Doctor Octopus in Spider-Man 3? Sound-off in the comments below!

Tom Holland’s Peter Parker was last seen in Spider-Man: Far From Home. Here’s the official synopsis for the movie:

Following the events of Avengers: Endgame, Peter Parker (Tom Holland) returns in Spider-Man: Far From Home. Our friendly neighborhood Super Hero decides to join his best friends Ned, MJ, and the rest of the gang on a European vacation. However, Peter’s plan to leave super heroics behind for a few weeks is quickly scrapped when he begrudgingly agrees to help Nick Fury (Samuel L. Jackson) uncover the mystery of several elemental creature attacks. Spider-Man and Mysterio (Jake Gyllenhaal) join forces to fight the havoc unleashed across the continent but all is not as it seems.

Spider-Man: Far From Home is now available on Digital HD, 4K Ultra HD Blu-ray, Blu-Ray, and DVD. Stay tuned for all the latest news regarding Alfred Molina’s Doctor Octopus and Tom Holland’s sequel, and be sure to subscribe to Heroic Hollywood’s YouTube channel for more content.