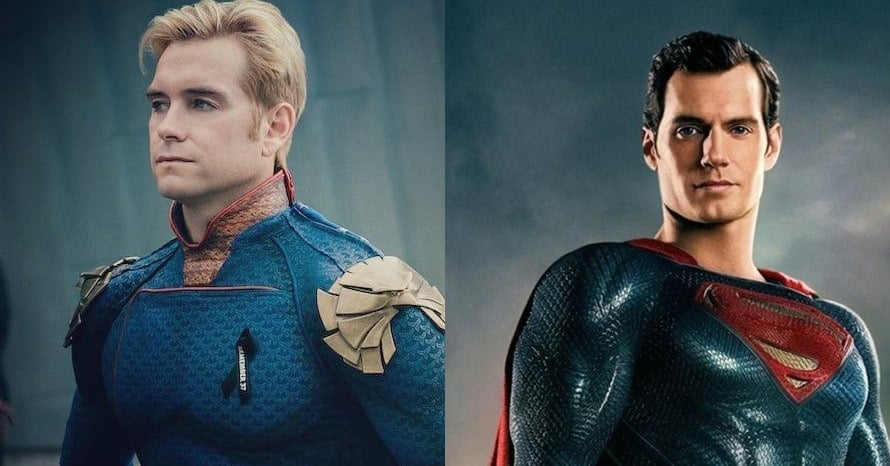 The Boys star Antony Starr swaps one superhero role for another as he replaces Henry Cavill as Superman in some impressive new concept art.

Although the second season of The Boys has come to a close, new concept art pictures Homelander actor Antony Starr becoming the next Superman after Henry Cavill. Obviously the actor’s character in the Amazon Prime show riffs on the very idea of the Man of Steel, a patriotic superhero who (supposedly) believes in truth, justice and the American way. But as any fan of the series will know already, Homelander is the exact opposite of the hero portrayed by Cavill. Surprisingly though, Antony Starr previously revealed he’d be more interested in playing Wolverine than any other mainstream comic book hero.

‘The Boys’ Showrunner Opens Up About X-Men Inspired Spin-Off

The new art comes from ‘rinsh_art’ on Instagram and shows off the Boys actor dressed in a suit which combines Henry Cavill’s Superman costume with the one he wears in the Amazon Prime series as Homelander. It’s genuinely a great look – although he still looks particularly intimidating with the laser eyes. It also puts him against Karl Urban’s Billy Butcher as a reimagined version of Lex Luthor. Although in that situation, does that make Luthor a good guy? That’s an interesting dynamic shift to say the least. Take a look below.

Since everyone’s been fan casting @toni.starr in different roles, I thought I’d give it a go as well

Would you want to see Antony Starr become Superman after Henry Cavill? Or is he just too good at being a villain in The Boys? Sound-off in the comments below!

Here is the official synopsis for the second season of The Boys:

The even more intense, more insane season two finds The Boys on the run from the law, hunted by the Supes, and desperately trying to regroup and fight back against Vought. In hiding, Hughie (Jack Quaid), Mother’s Milk (Laz Alonso), Frenchie (Tomer Capon) and Kimiko (Karen Fukuhara) try to adjust to a new normal, with Butcher (Karl Urban) nowhere to be found. Meanwhile, Starlight (Erin Moriarty) must navigate her place in The Seven as Homelander (Antony Starr) sets his sights on taking complete control. His power is threatened with the addition of Stormfront (Aya Cash), a social media-savvy new Supe, who has an agenda of her own. On top of that, the Supervillain threat takes center stage and makes waves as Vought seeks to capitalize on the nation’s paranoia.

The Boys is available on Amazon Prime Video. Stay tuned for all the latest news on The Boys, its upcoming spinoff at Amazon, and Henry Cavill’s Superman and be sure to subscribe to Heroic Hollywood’s YouTube channel for more exclusive video content.

View: 1She inaugurated the phrase ‘Hot Girl Summer.’ And even in the dead of winter Megan Thee Stallion lived up to the theme in a sensational new Instagram album this…
View: 1She recently underwent surgery on her nose.  See source
View: 1The Voice star Jack Vidgen has divided opinion on social media after debuting his glamorous new look in a video shared to Instagram last week. See source