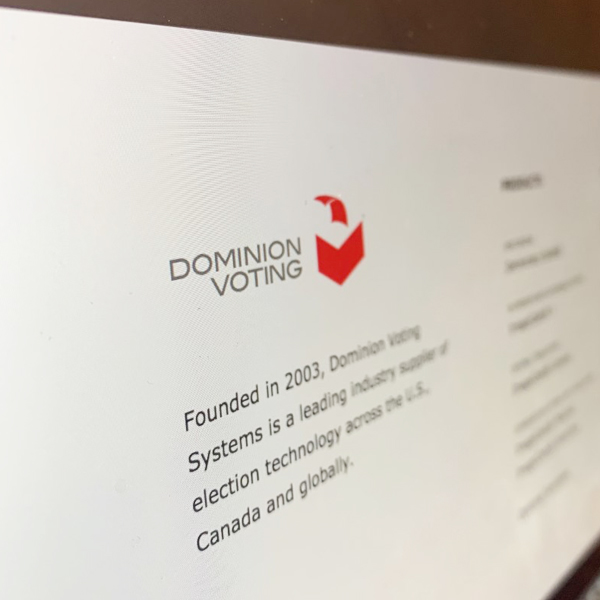 A hand count of paper ballots in Antrim County, Michigan, has verified the election results there, refuting a “forensics report” promoted by President Donald Trump that baselessly claimed the election equipment in the county was “designed” to create “systemic fraud and influence election results.” Experts said the faulty report showed a misunderstanding of voting system technology.

A Dec. 17 audit of ballots cast in Antrim County, Michigan, affirmed the outcome of the presidential election there — refuting viral claims that the election software used by the county, and elsewhere, had facilitated massive fraud.

The audit, conducted by state and local officials and representatives of both political parties, involved a hand tally of all the votes cast for president in the county. The findings verified the county’s outcome, in which President Donald Trump beat President-elect Joe Biden by nearly 3,800 votes. (Biden ultimately beat Trump in the state by more than 154,000 votes.)

In a county with more than 15,700 votes cast for president, the audit showed a gain of 11 votes for Trump and a loss of one vote for Biden. Small variances are expected in a machine versus hand count.

The audit came days after the release of a report purporting that Dominion Voting Systems software used in Antrim County was “intentionally and purposefully designed with inherent errors to create systemic fraud and influence election results.”

Though state officials disputed the report as lacking credibility, its claims traveled far on social media.

A Dec. 14 Facebook video, viewed more than 23,000 times, claimed in its caption that “Trump WON The Election NEW Evidence Shows” because “a forensics report done on Dominion voting machines determined that the ‘Dominion Software Was Intentionally Designed To Influence Election Results.’” The conservative media outlet Newsmax ran a headline claiming, “Audit Finds Mich. County’s Dominion Voting Was Rigged to Create Fraud.” It was shared more than 20,000 times on Facebook, according to CrowdTangle analytics data.

Behind the dubious report was Russell Ramsland Jr., a Republican who ran for Congress in Texas in 2016 but lost in the primary to Rep. Pete Sessions.

Ramsland — who has in recent years spoken about a purported effort by the “deep state,” including U.S. intelligence agencies, to undermine Trump — is founder of a group called Allied Security Operations Group.

The company’s website doesn’t list its staff and the report doesn’t identify the names or specific credentials of those who helped prepare the report. The group was permitted to access and examine county election equipment as part of a lawsuit filed by a local resident.

Ramsland’s faulty findings have previously been cited by the Trump campaign. One affidavit in another case alleged that a slew of precincts in Michigan were found to have more votes than voters — findings repeated by Trump lawyer Rudy Giuliani. But as PolitiFact noted, the precincts cited were actually in Minnesota — not Michigan — so the claims didn’t hold up.

We reached out to Ramsland and requested an interview, and asked for his response to the Antrim County audit results, but didn’t hear back.

His 23-page report on Antrim claimed that “Dominion Voting System is intentionally and purposefully designed with inherent errors to create systemic fraud and influence election results.”

But state officials and Dominion — which has been the subject of conspiracy theories following the election — said the report was flawed and spreading misinformation. They noted that the county does not digitally conduct adjudication — when election workers need to review a ballot to determine its intent — as the report alleges. It’s done manually by reviewing the paper ballots.

Several experts on voting systems also told us the report betrayed a misunderstanding of election technology and process, and that it jumped to conclusions to proclaim fraud and make legal judgments.

A core issue driving the allegations in Antrim County was an error that occurred in the reporting of the immediate, unofficial election results — which we’ve explained before.

A day after the election, the county reported that Biden was ahead of Trump by about 3,000 votes, with 98% of votes counted — results that surprised many, since the county is reliably Republican.

But election officials soon found the suspicious results were the result of a human error — and that Trump was actually leading in the vote count. Dominion Voting Systems has also said the “issue with election results reporting in Antrim County was due to user-error.”

The matter came down to the fact that the county clerk “accidentally did not update the software used to collect voting machine data,” the Michigan Department of State, which oversees the state’s elections, said in a Nov. 6 statement.

Antrim County Clerk Sheryl Guy, a Republican who has been with the office for 41 years, said in a phone interview with us that the error was her own.

More specifically, the error occurred because the county had to change some ballots to update some local races — such as a missing candidate in Mancelona Township. The county then reprogrammed some, but not all, of the cards that are used in the tabulators that count the ballots across the county.

When the county’s unofficial results were compiled, some of the precincts’ data was incorrectly added because of the difference in programming.

A correction to the unofficial vote totals was made Nov. 5.

“I must emphasize that the human error did not in any way, shape or form affect the official election results of Antrim County,” Guy said at a state legislative hearing. Guy also pointed out that, if the elections officials didn’t catch the error when they did, it would have been caught during the county canvass process because the tabulator machines provided receipts that recorded the votes correctly.

The Ramsland report said it didn’t accept the explanation for the error, writing: “We disagree and conclude that the vote flip occurred because of machine error built into the voting software designed to create error.”

In a rebuttal to the report he submitted to Michigan and federal legislators, Ryan Macias, former acting director of the U.S. Election Assistance Commission’s Voting System Testing and Certification Program, noted that the ballot definition files (used in the tabulator cards) “are not part of the certified voting system software, are unique to every election, and are regularly updated in advance of the election.”

Macias said the report showed “ASOG has a grave misunderstanding of the DVS DSuite 5.5 voting system, a lack of knowledge of election technology and process, and therefore, has come to a preposterous conclusion.”

Other experts also said the report doesn’t back up its claims that Dominion’s software had been designed to allow election fraud.

“In Antrim County, some elections office staff made an error in data handling… and they caught the mistake, and fixed it,” John Sebes, the co-founder and chief technology officer of the nonpartisan Open Source Elections Technology Institute, said in a phone interview. “That’s making mistakes and catching mistakes, it’s not committing fraud.”

There are other issues with the report, too.

One of the specific claims made in the report — which was turned into a Twitter talking point by Trump — was that a “tabulation log for the forensic examination of the server for Antrim County from December 6, 2020 consists of 15,676 individual events, of which 10,667 or 68.05% of the events were recorded errors. These errors resulted in overall tabulation errors or ballots being sent to adjudication.”

But that “is based on a lack of understanding of the voting system,” Macias wrote.

Macias told us in a phone interview that the “errors” described in the report are, essentially, entries of alerts from tabulation event logs — and that they don’t mean that something went wrong.

The terms referenced in the report — “divert,” “reversed” and “override” — refer to standard, expected responses as the tabulators process the paper ballots, he wrote in his rebuttal.

For example, diverted ballots could be a ballot that is “marked by the voter with specific conditions (i.e., voter voted for a write-in or overvoted a contest),” so it is separated from the other ballots to be counted by elections officials. A reversed ballot, meanwhile, is a ballot being returned to the voter for some reason (it could be damaged, or be a ballot for the wrong precinct).

“To draw an analogy, calling these an error would be synonymous with stating that you reviewed a car’s logs and for each instance that the gas light turned on we will call it an error,” he wrote.

Ramsland’s report also claims that “[i]n the logs we identified that the RCV or Ranked Choice Voting Algorithm was enabled… This allows the user to apply a weighted numerical value to candidates and change the overall result.”

Macias said the Dominion product used in Antrim County “does not have the capability to run the RCV algorithm.”

Dan Wallach, a computer science professor at Rice University who researches voting security, further said “just because the [RCV] feature is enabled doesn’t mean you have any races that use it.”

“Ranked choice voting necessarily implies that there is a way for voters to specify a ranking” on the ballot, he said. But there wasn’t in Antrim County.

Michigan Director of Elections Jonathan Brater noted in a Dec. 13 affidavit, “Ranked Choice Voting is not authorized by the Michigan Election Law for use in federal or state-level elections.”

Duncan Buell, a professor of computer science and engineering at the University of South Carolina, said the report seemed eager to conclude fraud. He said Dominion’s software isn’t perfect, but that isn’t the same as a company creating software to commit fraud.

“When I read this report what I see … is that every time there is a problem referenced in the software, the report instantly jumps to malice and intent,” Buell said.

He said that the existence of the hand-marked, paper ballots allowed for confidence in the results.

“The audit of the human-marked paper is going to be the best record we have of what the voters intended,” he said.

And, as we said, the audit has now affirmed that the systems used didn’t change the outcome.

“False claims from Ronna McDaniel have no merit.” Michigan Department of State. 6 Nov 2020.

View: 103Police say the shooting took place outside Woburn Collegiate Institute around 3:20 p.m. on Monday, and left 18-year-old Jefferson Peter Shardeley Guerrier dead. See source
View: 1A ticket sold in Ontario has won the Lotto Max jackpot for Tuesday’s draw and there were also other big-winners sold in the province.  See source
View: 0More than 96 per cent of voting members of Halifax Regional Police said they did not have confidence in police chief Dan Kinsella as a leader, according to an…