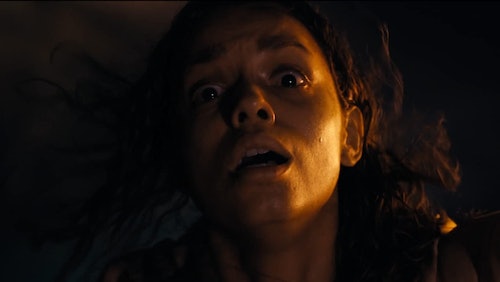 If you missed Barbarian in theaters but somehow also managed to make it this long without having the movie spoiled for you, you’re in luck. Barbarian is streaming now on HBO Max so there’s literally no excuse not to watch what may be the best horror movie of the year (with apologies to Michael Myers).

And once you’ve finally watched Barbarian, there’s a pretty good chance you’ll have some questions about the movie’s many shocking twists leading up to its wild ending. Lucky for you, we’ve got the answers. Read on, but be warned…

Huge spoilers ahead for Barbarian. 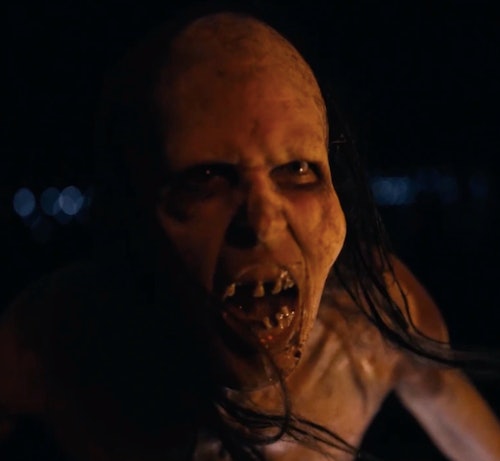 Alright, let’s cover some basics first. The first third of Barbarian is pretty straightforward. Two strangers get double-booked at an Airbnb in Detroit and agree to share the house. They find a secret passage in the basement and explore it (apparently because they’ve never seen a horror movie before). However, it turns out there’s a terrifying, giant naked woman in the basement and she murders one of them.

From there, the movie introduces a third character (Justin Long as the guy who owns the house but knows nothing about the monster) and goes truly off the rails. The naked woman, referred to as The Mother, turns out to be the progeny of a man named Frank who’s also still alive in the deepest recesses of the house’s winding basement tunnels. Frank was a murderer and a rapist who abducted women, and one of them gave birth to The Mother.

After the surviving characters escape the house, The Mother pursues them through the abandoned Detroit neighborhood. The movie ends with The Mother dead and one survivor. (There’s also a whole subplot about #MeToo but I don’t think it needs much explaining aside from the obvious statement that Justin Long’s character is a very bad person.)

So that’s the very barebones explanation, but thanks to an interview with Barbarian’s writer/director Zach Cregger in The Hollywood Reporter, we can answer a few deeper questions with specific details.

Who is “The Mother” and where did she come from? 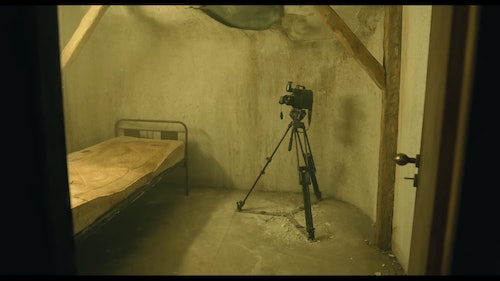 While this one is fairly obvious, the specific details are only explained once in a line of dialogue you might miss. After our heroes escape the house, they’re rescued by a homeless man played by Jaymes Butler who explains what Frank was up to. Cregger summarizes:

“He started making babies with them and then babies with the babies. So if you make a copy of a copy of a copy, you end up with something like [The Mother]. So as much as I normally would like to just leave things to the audience, to ruminate on and decide for themselves, I do think that The Mother is his offspring. He is probably her father and grandfather.”

As for The Mother’s bizarre character traits, Cregger says it can all be explained by her upbringing. When The Mother captures visitors to the Airbnb, she oscillates wildly between extreme violence and a misplaced maternal instinct. At one point, she tries to feed one of her prisoners with a large baby’s bottle before attempting to breastfeed him directly. We also see her watching an old VHS tape that appears to be a breastfeeding tutorial video.

“So she has been raised in this pitch-black dungeon,” Cregger says. “She exists in a binary where she’s only witnessed two forms of interaction: this videotape of smothering mother love and this horrific violence that her father has shown her.”

Cregger goes on to explain that he did real research into “feral children” while developing The Mother’s character:

“So she doesn’t know any in between. We only see her being smothering or horrible. We did a lot of research into feral children, and she’s not too dissimilar to how actual feral children behave as adults. If you are not exposed to the English language before the age of two or any language for that matter, you’re never going to be verbal, ever, because those synapses, those neural pathways never connect. If they don’t do it at that crucial age, you will be a monosyllabic person. So the way she speaks is true to how someone like that speaks. Now, she has a little more strength and power; I’m stretching credulity there, but that’s okay. It’s a horror movie.” 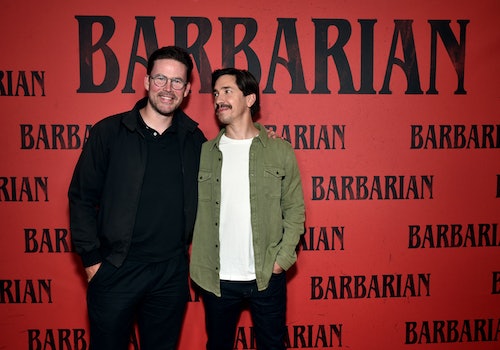 Why did Frank abduct all those women?

This is never directly explained in the movie, though it’s clear that Frank is a terrible person. When asked by THR if he was specifically abducting women to create babies for The Mother to take care off, Cregger suggests that might actually be giving Frank too much credit:

“I don’t think that he was product-minded. I don’t think that having progeny was a big part of his goal. If you look at the amount of videotapes he had, you realize how many victims there were, so there’s something else going on with this guy. So I don’t think [progeny] was necessarily the goal for him, but he didn’t discard The Mother when she was born. There was something in him that kept her around. I don’t quite know what that was, but it’s intriguing to think about.”

Who built the tunnels under the Airbnb?

If like Justin Long’s character your focus here is on the house’s impressive square footage, you might be wondering who dug out all those creepy tunnels under the Airbnb. When asked if Frank built the tunnels or if they were constructed by someone else entirely for some other evil purpose, Cregger offered a succinct answer.

Why was the Airbnb double-booked?

This is never actually answered and it’s been bugging me for a while. As far as I can tell, Cregger hasn’t commented on it either. When Justin Long’s character visits the office of the company that’s running his Airbnb, they deny booking it all. So my best guess is that either they are working with Frank/The Mother, or they’re just totally incompetent.

View: 241 A roll of the dice. That’s what determines how your day goes in Citizen Sleeper, as it does for so many people living in precarity in the real…
View: 1 If DJI’s Mavic 3 (starting at $2,049) is too expensive and its Mini 3 Pro (starting at $669) doesn’t have enough features for you, the Mavic 3 Classic…
View: 2 After getting demolished match after match, I needed to try something different. Rather than play aggressively, I crouched behind the capture point and waited for enemies to come…