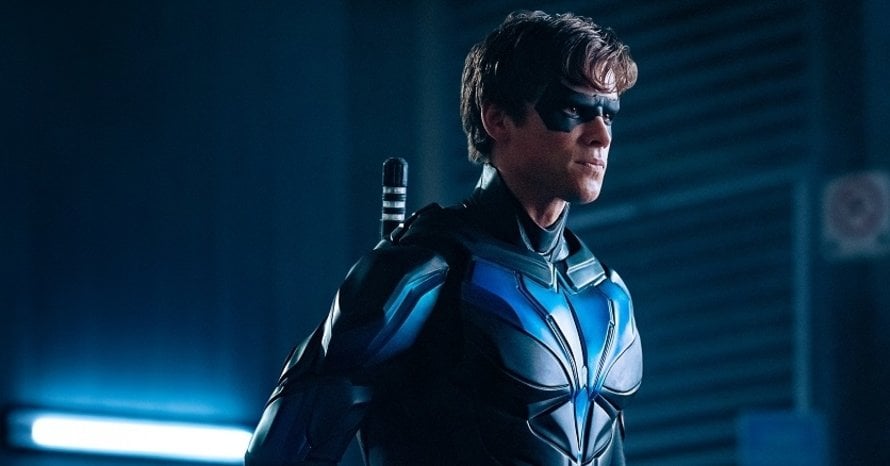 A new behind-the-scenes photo from the Titans set reveals a new look at Brenton Thwaites as Nightwing in season three.

With filming on Titans season three underway, a new photo from the set offers a look at Brenton Thwaites as Nightwing in the series. It was recently revealed that Curran Walters’ Jason Todd will become Red Hood in the show and the first photo of his stunning costume instantly impressed DC fans. As well as Red Hood, the Titans will also have Starfire’s sister, Blackfire, to contend with when the series eventually arrives on HBO Max next year.

But the new image of Brenton Thwaites arrived on Instagram thanks to the director of photography on Titans, Boris Mojsovski. The director called the actor one of his favorite stars before explaining that he and Thwaites spend a lot of time discussing filmmaking. The Nightwing actor seems to be wearing a similar costume to his days as a detective in Detroit. Take a look below.

What do you think of the new shot of Brenton Thwaites as Nightwing in Titans season three? Are you excited to see him clash with Red Hood? Sound-off in the comments below!

Here is the official synopsis for Titans season two:

In Season 2, following the aftermath of their encounter with Trigon, Dick reforms the Titans. Under his supervision in their new home at Titans Tower, Rachel, Gar and Jason Todd train together to hone their hero abilities and work together as a team. They are joined by Hank Hall and Dawn Granger aka Hawk and Dove and Donna Troy aka Wonder Girl. Although these original Titans attempt to transition into a regular life, when old enemies resurface everyone must come together to take care of unfinished business. And as this family of old and new Titans – including Conner Kent and Rose Wilson – learn to co-exist, the arrival of Deathstroke brings to light the sins of the old Titans which threaten to tear this new Titans family apart once more.

Stay tuned for all the latest news regarding Brenton Thwaites, Nightwing and Titans season three, and be sure to subscribe to Heroic Hollywood’s YouTube channel for more original video content.