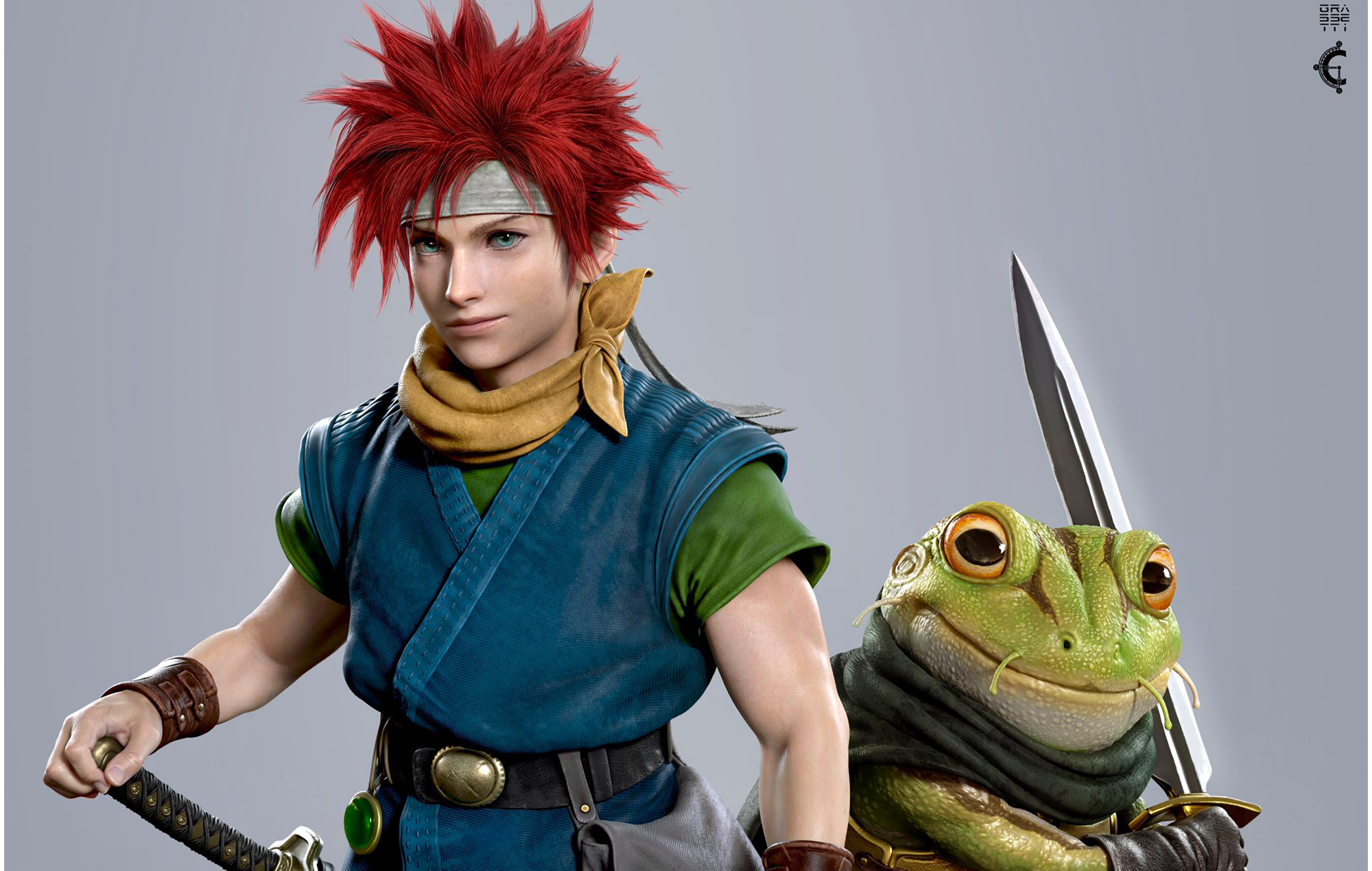 Raf Grassetti, the Art Director of God of War, has shared some throwback redesigns of classic Chrono Trigger characters.

Grassetti has regularly shared his re-imagined works of art, bringing a touch of photorealism to many comic and video game franchises. His 3D renders are posted on his Instagram page, alongside the occasional tutorial. Most recently, he has produced renders of Spiderman, Teenage Mutant Ninja Turtles, and Darth Maul.

The Chrono Trigger characters receiving his unique treatment so far have been Robo, Chrono, and Frog. According to the Instagram caption, there is still more to come from this classic franchise.

Before coming to work at Sony Santa Monica for the God of War games, Grassetti was involved in the character art for many memorable games. Whilst working for Bioware, he acted as Senior Character Artist for Mass Effect and Dragon Age, moving to Sony in 2013 to work on their wide array of titles.

Other Sony titles Grassetti has worked on include Killzone: Shadow Fall, Infamous 3, and The Order 1886.

In the lead-up to God of War: Ragnarok, which is slated for a 2021 release, Grassetti has been working hard alongside these 3D redesigns. The game has been confirmed for PS5, but there is little else in the way of information so far. The name, along with some tips from series director Cory Barlog, hints at the game being set somewhere cold and embracing Norse Mythology even further.