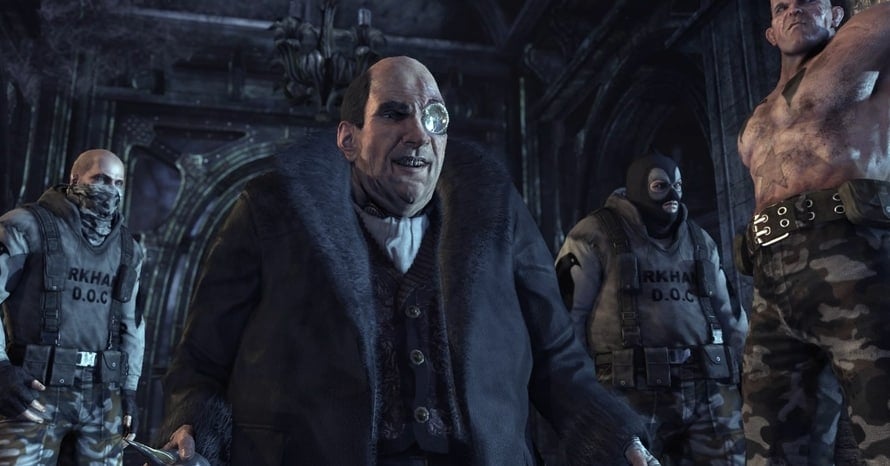 When The Batman trailer first debuted during DC FanDome, many were quick to overlook the first appearance of Colin Farrell’s Penguin since the actor is completely unrecognizable. Since the DC film has resumed filming overseas, more set photos have come out that offer a better look at Matt Reeves’ take on the Penguin, which bears a resemblance to the version in Rocksteady’s Batman: Arkham City.

Arkham City marked the first appearance for the Penguin in the groundbreaking video game series from Rocksteady and it has quickly become a fan favorite interpretation. Penguin’s look in Arkham City is comprised of a top hat, fur coat, and a broken bottle in his left eye that resembles the monocle the character often wears in the comics. So far, Colin Farrell’s Oz hasn’t been seen seen with the notable accessories the Penguin is known to sport, but an awesome edit from digital artist William Gray brings The Batman version closer to his Arkham City look:

Do you think Colin Farrell’s Penguin will adopt a more comic book accurate look in The Batman? Let us know in the comments section below!

Robert Pattinson’s ‘The Batman’ To Continue Filming Into 2021

Plot details for The Batman are being kept under wraps, but we know that the project will revolve around Robert Pattinson as a younger Bruce Wayne, chronicling Batman during his formative years as Gotham City’s protector. The Batman will also feature the hero making use of his detective skills more than what we’ve seen before in previous iterations of the character. It is also expected to be the first installment to a new Batman trilogy with Pattinson.

Directed by Matt Reeves from a script he co-wrote with Mattson Tomlin, the film stars Robert Pattinson as the Caped Crusader, Zoe Kravitz as Catwoman, Paul Dano as the Riddler, Jeffrey Wright as Commissioner James Gordon, John Turturro as Carmine Falcone, Peter Sarsgaard as Gil Colson, Jayme Lawson as Bella Reál, with Andy Serkis as Alfred Pennyworth, and Colin Farrell as the Penguin.

The Batman is currently scheduled to hit theaters on March 4, 2022. Stay tuned to Heroic Hollywood for all the latest news Colin Farrell’s Penguin in The Batman and make sure to subscribe to our YouTube channel for more video content.