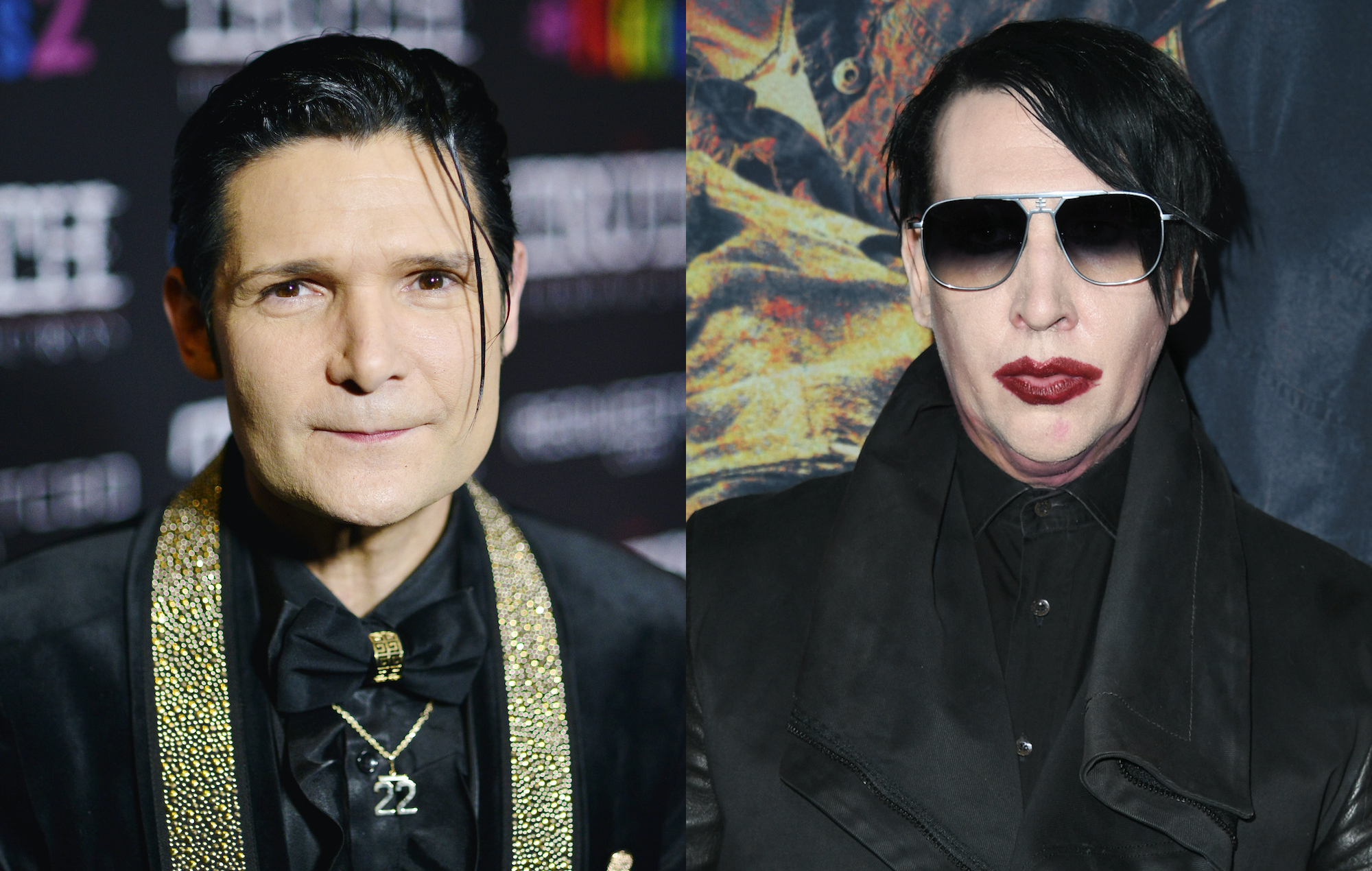 Corey Feldman has accused Marilyn Manson of “decades long mental and emotional abuse” and grooming him.

Manson has been accused by a number of women, including actor and his ex-partner Evan Rachel Wood, of abuse, grooming and manipulation.

The musician has denied those claims, writing in a statement posted to Instagram: “My intimate relationships have always been entirely consensual with like-minded partners. Regardless of how – and why – others are now choosing to misrepresent the past, that is the truth.”

Feldman shared his claims in a post on his Instagram page yesterday (February 5). “The night @marilynmanson tried 2 us & abuse me as his play toy by trying to manipulate me n2 breaking my 5 yrs of sobriety 2 snort cocaine w him, while gas lighting me 4 his press tour on #MechanicalAnimals was where the decades long mental and emotional abuse began!” he captioned a photo of himself with Manson.

The actor and singer went on to say that he was “not physically harmed” on that night, but described it as “just the beginning of my nightmare”.

He went on to claim that Manson had been “obsessed” with him for over two decades, pointing to several meetings that Manson had written about in his book Long Road Out Of Hell. Feldman said the musician and begun to groom him when met at a premiere in New York, where Manson had “grabbed my face in front of the crowd and kissed me w his Black Lip Stick that I couldn’t rub off all night”.

“B4 the book came out Manson heavily pursued a friendship w me,” he alleged. “Telling me I was his idol. Telling me he actually got his whole style by watching my film #DreamALittleDream & my character #BobbyKeller was the inspiration 4 his entire look. Idk if that was #Truth but he used it as a way 2 manipulate me.”

Feldman claimed that Manson had “messed w my life ever since”. Manson has not commented on the new allegations at the time of writing. NME have contacted representatives for Manson for official comment.

The musician was dropped by his record label Loma Vista earlier this week, as well as by his long-term manager Tony Ciulla. Manson has also been axed from his TV projects and will no longer appear in American Gods or the Creepshow anthology.

For help, advice or more information regarding sexual harassment, assault and rape in the UK, visit the Rape Crisis charity website. In the US, visit RAINN.