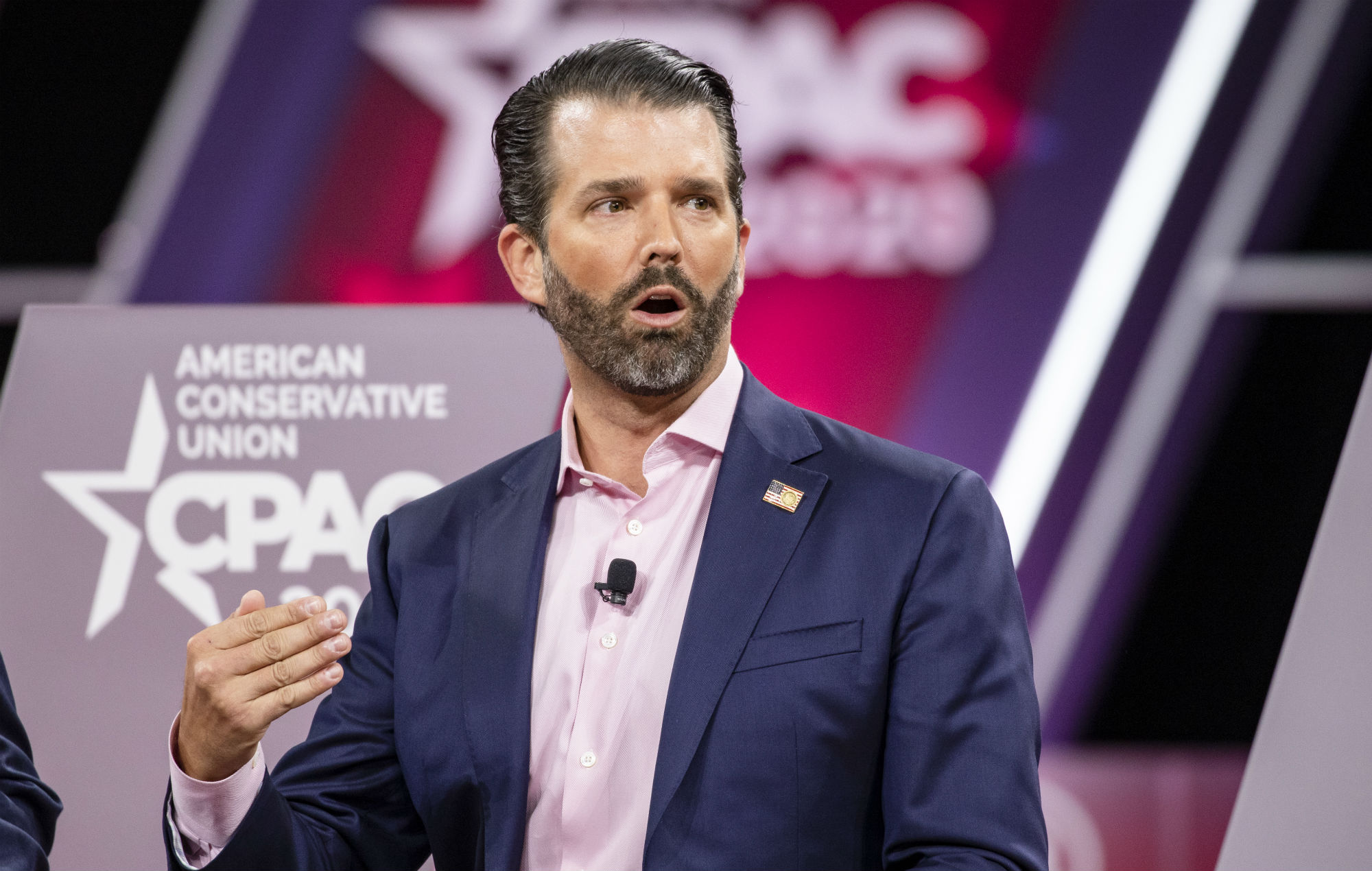 Donald Trump‘s eldest son has tested positive for coronavirus, according to a statement from his spokesman.

Donald Trump Jr was diagnosed earlier this week, and has been quarantining at his hunting cabin since the positive result was confirmed.

“He’s been completely asymptomatic so far and is following all medically recommended Covid-19 guidelines,” the statement confirmed.

The 42-year-old has remained active on Twitter in support of his father’s continued attempts to contest this month’s US presidential election results.

Donald Trump Jr. is liking every news story about his covid infection. He is the modern man. pic.twitter.com/63ctAYJ8Dh

The news comes after Donald Jr last month claimed that the Trump team were not focused on COVID-19 mortality rates because the figures were “almost nothing”.

He said: “I was like, ‘Well, why aren’t they talking about deaths?’ Oh, because the number is almost nothing. Because we’ve gotten control of this, and we understand how it works.”

The disease, which has now killed over 250,000 American citizens, with 192,000 people in the US testing positive on Friday alone, has already spread through several members of the Trump family – who have been notoriously dismissive of both face masks and social distancing.

CBS News confirmed that at least four other White House aides have tested positive for coronavirus in a new outbreak.

The outgoing US President continues to make baseless accusations of widespread corruption and voter fraud in the recent elections, despite Georgia’s recount reaffirming a comfortable victory for President-elect Joe Biden on Friday.

Edward Norton offered his explanation for Trump’s refusal to concede the US Presidential election this weekend, likening the outgoing Commander-in-Chief’s political tactics to a poker game.

“I do not think Trump is trying to ‘make his base happy’ or ‘laying the groundwork for his own network,’ or that ‘chaos is what he loves,’” Norton wrote on Twitter.

“The core of it is that he knows he’s in deep, multi-dimensional legal jeopardy and this defines his every action.”

View: 1 Genshin Impact – it’s been a good year for mobile games (pic: miHoYo) GamCentral names the best smartphone games of the year, including Thronebreaker: The Witcher Tales, XCOM…
View: 1 Khloe Kardashian is taking a social media break over Christmas and New Year (Picture: Instagram) Khloe Kardashian is taking some time away from social media. The reality TV…
View: 1 (Picture: ITV) For many in Emmerdale, 2020 has been a tough year – and that can certainly be said for Harriet Finch (Katherine Dow Blyton). After losing Will…