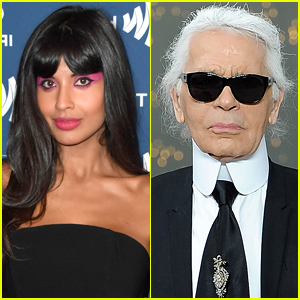 Jameela Jamil is not a fan of the theme for the 2023 Met Gala.

The 36-year-old She-Hulk star clarified why she took issue with the choice to honor late designer Karl Lagerfeld, who passed away in February 2019, at the event next year.

Although she noted that he was “supremely talented,” she called him out for using “his platform [in] such a distinctly hateful way, mostly towards women, so repeatedly and up until the last years of his life, showing no remorse, offering no atonement, no apology, no help to groups he attacked.”

The actress laid out her explanation in a post on Instagram and provided examples of his controversial opinions on topics such as the body positivity movement, the #MeToo movement, gay adoption and more.

“Some of his greatest harm was against Muslim refugees, and the disgusting way he spoke about people fleeing their homes for fear of their lives,” she noted.

“Why is THIS who we celebrate when there are so many AMAZING designers out there who aren’t bigoted white men,” Jameela asked. “What happened to everyone’s principles and “advocacy.” You don’t get to stand for justice in these areas, and then attend the celebration of someone who reveled in his own public disdain for marginalized people.”

“This isn’t the 90s,” she wrote in her closing lines. “We didn’t fight all this sh-t just to throw it all away because some white guy made some pretty clothes for people’s skinny faves… come on now.”

In case you missed it, Jameela recently made headlines after revealing why she won’t retouch her photos.