“This is a very difficult time for my daughter, so we’re very grateful that our extended family is creating such a special experience for Gianna on her first birthday without her father,” Gianna’s mother, Roxie Washington, told the publication.

Meanwhile, Jackson, who is also Gianna’s godfather and was George’s longtime friend, also expressed, “I think I adopted another child, God put me into this position,” says Jackson. “I’m going to do the best that I can.”

The athlete also reposted photos from the birthday party on his Instagram Story. 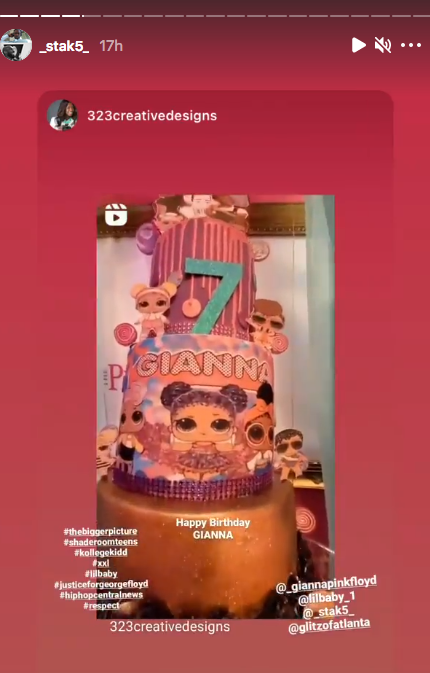 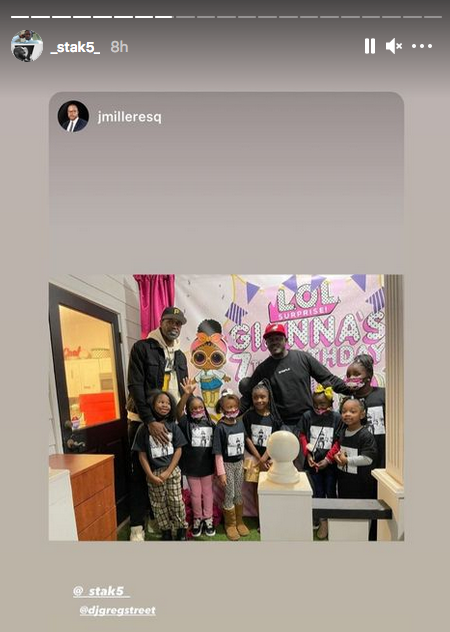 George tragically died in May, after a police officer pressed his knee into Floyd’s neck for more than eight minutes. Protests and demonstrations erupted across the nation demanding for racial justice.

In a touching video shared on Instagram in June amid the Black Lives Matter protests, Gianna was seen sitting on Jackson’s shoulders. While throwing her arms up as Jackson holds her, a smiling Gianna declares, “Daddy changed the world!”

“That’s right GiGi, ‘Daddy changed the world’ ????? George Floyd, the name of change. #justiceforgeorgefloyd #ivehadenough Love to all who have love for all

Additionally, back in June, Kanye West also set up a college fund for Gianna that would cover her full tuition.

Gianna later thanked West via Instagram, writing, “Thank You Kanye. Because of You I Will have a college Education. Mommy and I are so thankful for you and your family @kimkardashian. “#justiceforgeorgefloyd.”

See more in the video below.