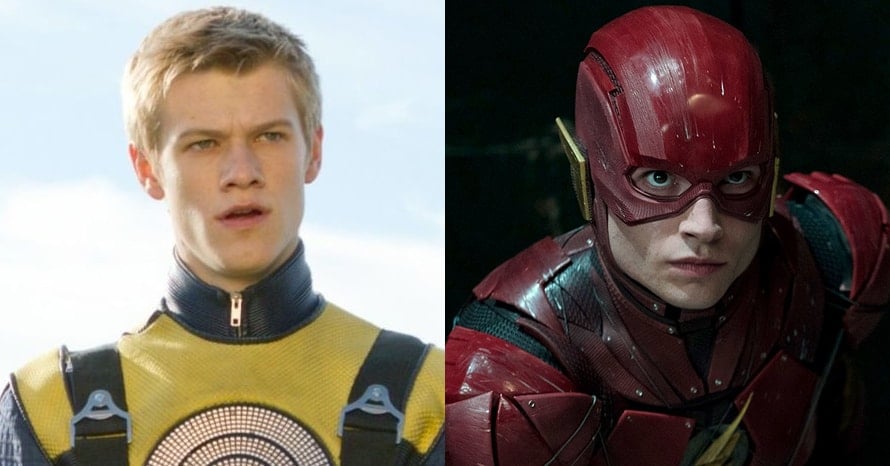 X-Men star Lucas Till takes over The Flash role from Ezra Miller in a stunning piece of concept design.

As Grant Gustin continues his tenure as The Flash on The CW, Ezra Miller is just getting started as the Scarlet Speedster with filming for his long-awaited solo film starting next year. Despite an alleged altercation caught on video of Miller assaulting someone, the Justice League star will remain in the role and even get a new suit for the upcoming film. Some fans still haven’t warmed up to Miller’s portrayal as The Flash based on what they saw in Justice League and have instead pictured Lucas Till from X-Men: First Class and Apocolypse as a better fit for Barry Allen.

Ezra Miller’s The Flash is set to explore the multiverse and is bringing multiple Batmen back with Michael Keaton and Ben Affleck, so why couldn’t the film do the same for Barry Allen? Since DC is now open to the multiverse idea on the big screen more than ever before, digital artists Spdrmnkyxxiii imagines X-Men star Lucas Till as the perfect Flash.

Who is your ideal choice for The Flash? Is it Lucas Till? Feel free to share your fan-casting in the comments section below!

The upcoming solo film will be inspired by the Flashpoint comic storyline which followed The Flash as he navigated an altered DC Universe. Written by Geoff Johns and penciled by Andy Kuber, Flashpoint radically altered the status of the DC Comics universe and led to the launch of the New 52 titles. It is currently unknown how much inspiration the upcoming Ezra Miller film will take from the comic.

The Flash is set to hit theaters on June 3rd, 2022. Stay tuned for all the latest news on Ezra Miller, Lucas Till, and be sure to subscribe to Heroic Hollywood’s YouTube channel for more exclusive video content.

The post See ‘X-Men’ Star Lucas Till Suit Up As The Flash To Replace Ezra Miller appeared first on Heroic Hollywood.