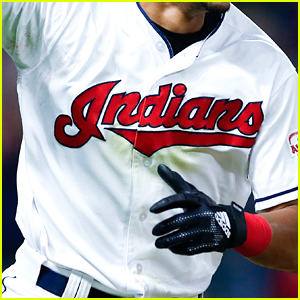 The Cleveland Indians have made their decision regarding their team name and it is indeed changing.

The NY Times announced the news this weekend, saying that three people close to the situation confirmed the news.

“Cleveland could announce its plans as soon as this week, according to the three people, who spoke on condition of anonymity because they were not authorized to speak publicly on the matter,” the paper writes.

Cleveland is just one of the teams that were debating on changing their name after a summer full of systemic racism was highlighted all throughout America.

One of the sources shared that the team would keep the Indians moniker and uniforms until the 2022 season, when they would then stray from the name. There’s no news about another chosen team name, or if there will be one.

NFL’s Washington Redskins were the other team, and decided to move forward with the name change.

The two teams have been under scrutiny, among others, from Native American groups for a while as they insisted the names are demeaning and racist.

View: 1 Ian Beale’s attackers have been revealed (Picture: BBC) EastEnders fans have been left rooting for Sharon Watts (Letitia Dean) after she was revealed as one of her husband…
View: 1 Prince Harry received a mention in David Walliams’ alternative Queen speech (Picture: ITV/Backgrid) David Walliams has made a joke at the expense of Prince Harry, the Duke of…
View: 1 (Picture: ITV) As soon as the sinkhole appeared in the Platt’s garden in Coronation Street, Ray Crosby (Mark Frost) tried to sweet talk David (Jack P Shepherd) into…