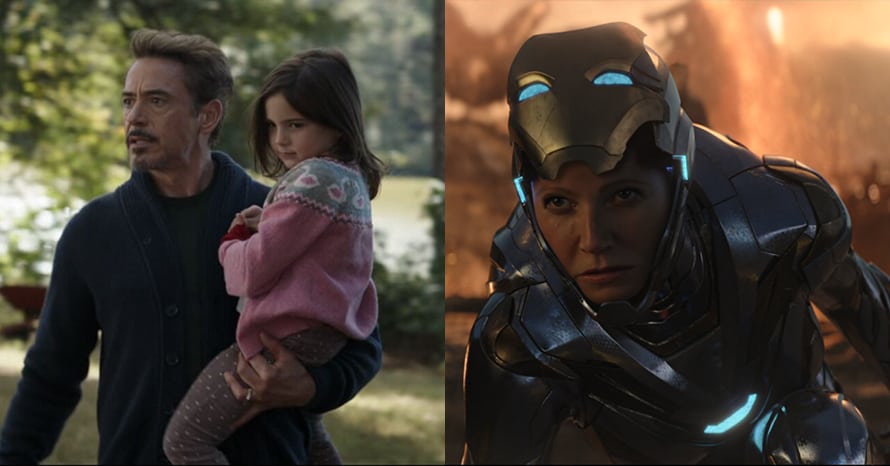 The actress behind Morgan Stark in Avengers: Endgame stepped into Pepper Potts’ Rescue armor for Halloween.

Halloween is always a great opportunity to dress up as your favorite heroes (or villains) but the actress who played Morgan Stark in Avengers: Endgame followed in the footsteps of her fictional mother, Pepper Potts. Lexi Rabe isn’t the only well-known figure in pop-culture to don a Marvel inspired costume, with Cardi B recently revealing her comic book-accurate Scarlet Witch outfit for Halloween. But the Avengers: Endgame star’s costume hit home a little more than the singer’s look.

The Morgan Stark actress took to Instagram to show off her own Rescue armor, explaining in the caption that it was a custom made outfit from her friend Shannon Rona. It’s an impressive costume that’s clearly made up of different parts and even included its own light-up ARC reactor. The Avengers: Endgame star also tagged Robert Downey Jr. and Gwyneth Paltrow to see how it compared against their costumes in the Marvel Studios movie. Take a look below.

My Halloween costume!!! No that’s not photoshopped! #rescue @avengers custom built for me! By a friend @srona58 . @gwynethpaltrow what do you think? @robertdowneyjr pretty cool huh? @marvel hoping I get to fill these shoes one day!

What do you make of the actress’ Rescue armor outfit? Do you think we’ll see Morgan Stark return to the MCU? Sound-off in the comments below!

Here is the plot synopsis for Avengers: Endgame:

The grave course of events set in motion by Thanos that wiped out half the universe and fractured the Avengers ranks compels the remaining Avengers to take one final stand in Marvel Studios grand conclusion to twenty-two films, “Avengers: Endgame.”

Avengers: Endgame is now available on Digital HD, 4K Ultra HD, Blu-ray, and DVD. Stay tuned for the latest news regarding Morgan Stark and the future of the Marvel Cinematic Universe, and make sure to subscribe to our YouTube channel for more content!