“The Undoing” has captivated audiences, including some of the biggest names in Hollywood.

A number of celebs have started to share their theories on social media about who killed Elena Alves and Nicole Kidman is weighing in.

“I can’t be the only one waiting for the last episode of the undoing,” Travis Scott wrote on Twitter. “Who u think did it?? I’m taking alll opinions.”

RELATED: Hugh Grant Jokes He Did ‘The Undoing’ To ‘Get Away From My Young Children’

“Who do you think did it?” replied Kidman.

“Henry is too obvious. Husband is also. I think it’s that blonde friend of Nicole’s. The lawyer,” she said. “As a writer I’m thinking why is she even a character at this point unless…she was the ‘other one night stand’.”

Radzill added, “And as a former RHONY I know something about female friendship betrayal. It’s always epic. Girls, we know that’s the ultimate betrayal. That’s my vote,” she continued, before admitting, “But I could be wrong and it’s the husband.”

Kidman did question Andy Cohen if her character, Grace Fraser, could join the “Real Housewives”, but Cohen decided that Grace is “too secretive and bottled up” to fit in with the other ladies. 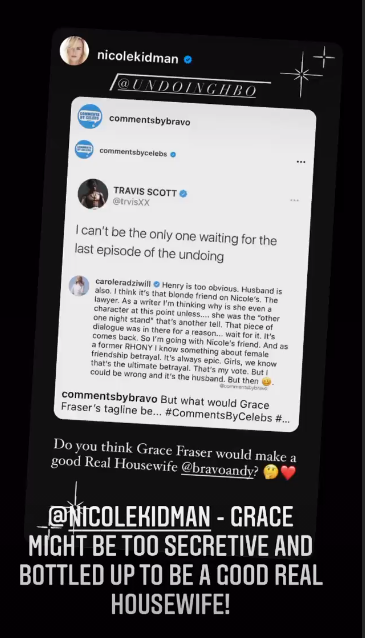 RELATED: Connie Chung Says She Offered To Rewrite Her Lines During Her ‘The Undoing’ Cameo

Other celebs to weigh in included Kerry Washington, Issa Rae, Kourtney Kardashian and Nina Parker. All of which Kidman made sure to tease with the big reveal. 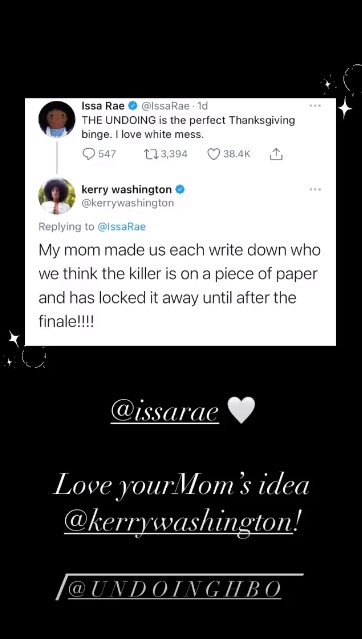 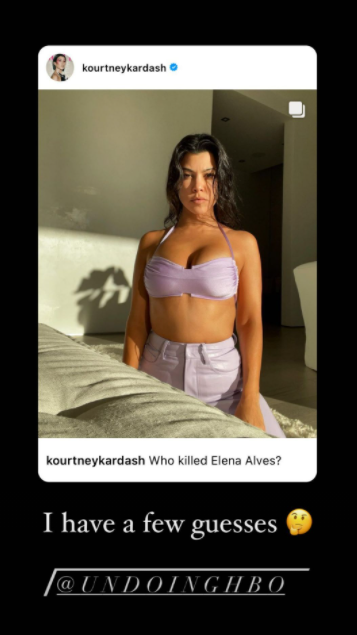 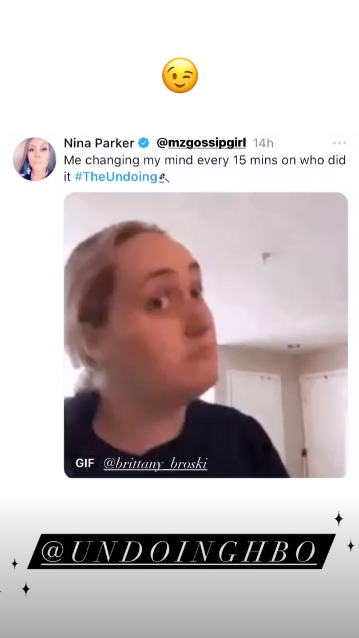 The finale of “The Undoing” airs Sunday at 9 p.m. ET on HBO.