No one knows for sure if the 93rd Academy Awards ceremony, originally scheduled for February 28, 2021 and now postponed to April 25, will be live or virtual. It’s also unclear how the extended eligibility period for feature films could impact a handful of possible Oscar contenders that are yet to premiere, or what these changes could mean for the diversity of the nominees. But one thing is certain: The Academy will want a diverse field, given that studies have found a direct correlation between Oscar nominee diversity in major categories and viewership.

Given that ABC’s Oscar telecast generates a significant share of the Academy’s annual earnings, it’s crucial that the awards show maintains high ratings — even more so against the backdrop of a deadly pandemic that’s disproportionately affecting Black and brown people, as well as racial justice protests. (Of note: in September the Academy created new, strict inclusion requirements for the Best Picture category, which will become standard by 2024.)

While strong 2020 contenders like “One Night in Miami,” “Ma Rainey’s Black Bottom,” and “Da 5 Bloods” don’t necessarily need Oscars to validate them, the Oscars need these films if it’s to survive. Inclusion sells, and these three titles, along with potential competitors “Soul”, “Sound of Metal,” “Minari,” “Judas and the Black Messiah,” and “The United States vs. Billie Holiday,” could provide the boost in ratings the event urgently needs right now. The 2020 Oscar telecast reached all-time lows in the ratings, falling sharply from the previous year.

Of course, an increasingly diverse Academy voter membership is at the mercy of their options. That’s why it’s imperative that executives with greenlight power continue to ensure a more inclusive movie pipeline. And it’s a key way for the Oscars to remain relevant in the future.

But how about the present? Will movement founder April Reign’s influential #OscarsSoWhite social media hashtag trend in 2021? The lineup of contenders in major categories this year has the potential to surpass the level of diversity among nominees seen in recent years; but it’s unlikely to indicate any vast, consistent improvement.

Here’s a preview of the 2020 Oscar diversity picture in key categories. 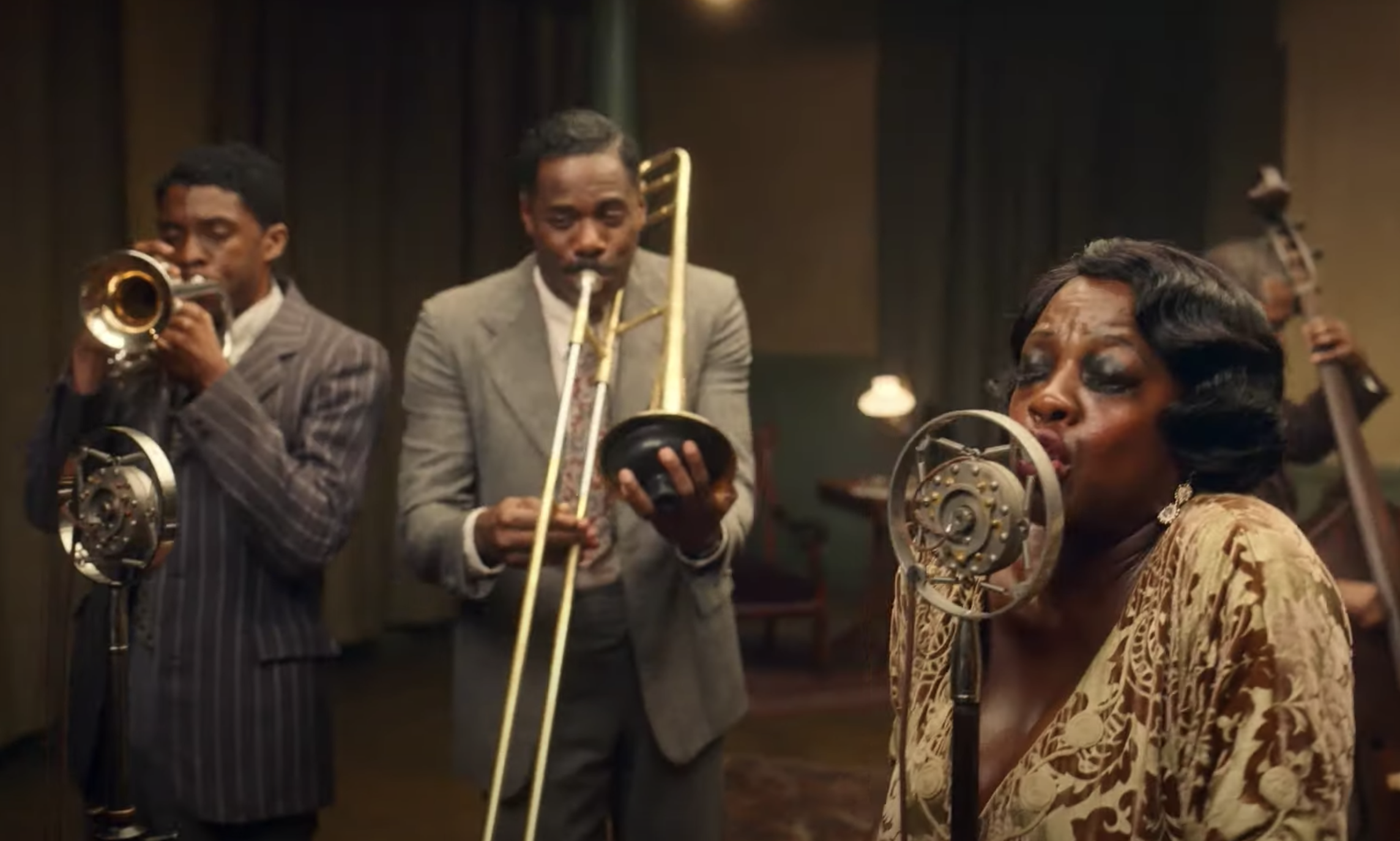 History: Last year’s Best Picture nominees were severely lacking in diversity. Just one of the nine films — Bong Joon ho’s “Parasite” — fully qualified. It also won the Oscar in this category. The nominees for the 2021 Best Picture Academy Award could far surpass that number, especially since the number of eligible films was raised from five to between five and 10 in 2009.

Obviously, they all won’t make the final cut, but there’s a good chance that a good number of them will, with Zhao’s “Nomadland” leading the pack. 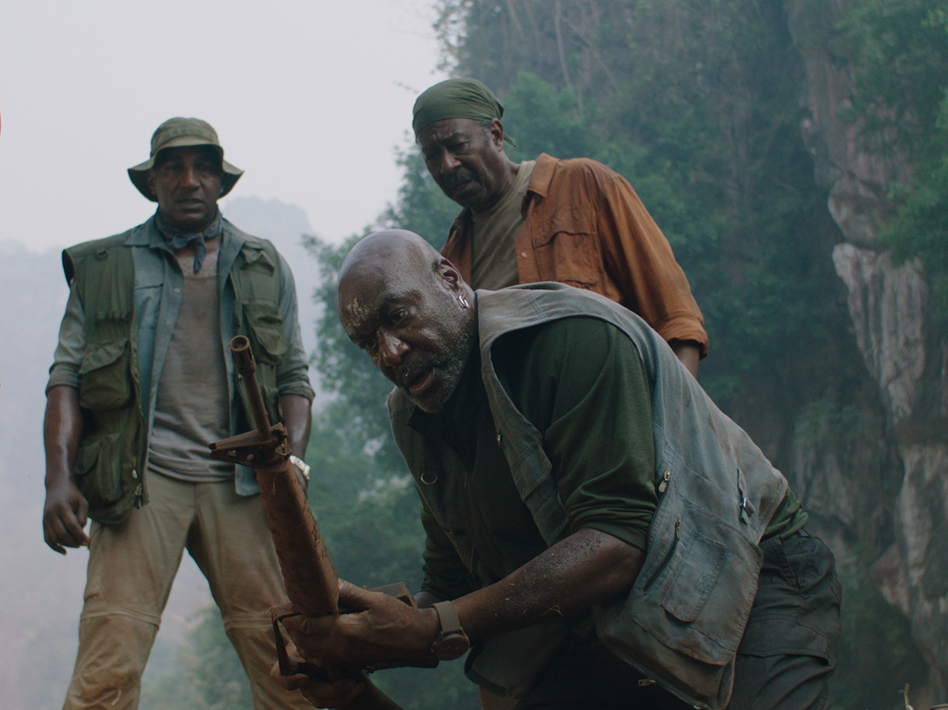 History: For the last three years, a filmmaker of color has won the Oscar in this category: Bong Joon-ho for “Parasite” (2020), Alfonso Cuarón for “Roma” (2019), and Guillermo del Toro for “The Shape of Water” (2018). Spike Lee was nominated the same year as Cuaron for “BlacKkKlansman.”

The experts say: Chloe Zhao (“Nomadland”), Regina King (“One Night in Miami), and David Fincher (“Mank”) top most Oscar prediction lists, with Zhao seemingly the frontrunner. Should she or Regina King be nominated, it would be a first-time in the directing category for either, and they would make history as the first Asian-American or African-American female director to be nominated. It would be a coup, especially after the controversy over women directors being entirely shut out last year.

Spike Lee (“Da 5 Bloods”), George C. Wolfe (“Ma Rainey’s Black Bottom”), and Shaka King (“Judas and the Black Messiah”) may surprise, but in a category that allows for only five total nominees, they have strong competition.

Warner Bros. is currently hosting early virtual screenings for “Judas,” which is expected to roll out day and date in 2021 (under the studio’s new release model), in time to qualify for Oscar contention.

History: This continues to be one of the least diverse categories historically, with just six actresses of color nominated in the last decade: Cynthia Erivo, Yalitza Aparicio, Ruth Negga, Quvenzhané Wallis, Viola Davis, and Gabourey Sidibe. Erivo was the only nominee of color last year, for her performance in “Harriet.” This drought speaks to what has been a lack of lead roles for women of color in film, especially when it comes to Oscar-caliber work. The last time an actress of color won was Halle Berry for “Monster’s Ball” in 2002.

The experts say: Viola Davis (“Ma Rainey’s Black Bottom”) is the only actress of color who is considered a contender this year.  Many experts place her as a frontrunner in this category, battling Frances McDormand (“Nomadland”) for the top spot. The well-decorated Davis (for her work on stage as well as film and TV), is a three-time Academy Award nominee, winning the 2017 Oscar for Oscar Best Performance by an Actress in a Supporting Role, for another August Wilson film adaptation, “Fences.” Should she be nominated for “Ma Rainey” (which seems like a foregone conclusion), and win, she would be only the second Black actress to win the Best Actress Academy Award, following Halle Berry almost 20 years ago.

Andra Day (“The United States vs. Billie Holiday”), Zendaya (“Malcolm & Marie”), and Yeri Han (“Minari”) might surprise, but each is more likely to compete for an Independent Spirit Award nomination. 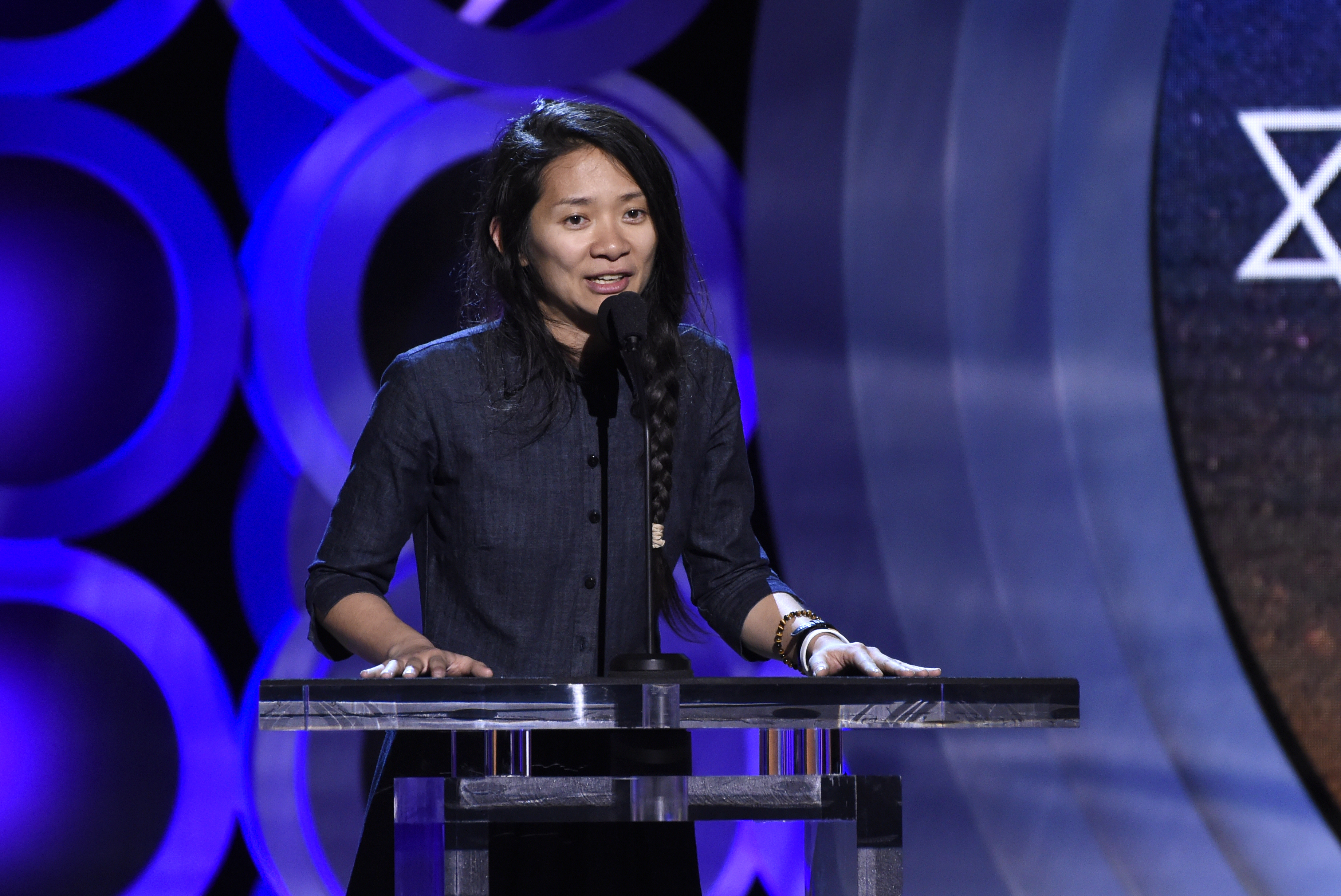 History: Also, historically not a diverse category. Last year’s list of nominees was entirely devoid of any actors of color, with Joaquin Phoenix picking up the Oscar for his performance in “Joker.” Phoenix spoke to this issue in a powerful acceptance speech. Eddie Murphy (“Dolemite Is My Name”) was the only actor of color with a real shot at a nomination, but he didn’t make the cut.

Another potential contender once more people have seen the film is Lakeith Stanfield in  “Judas and the Black Messiah.”

The experts say: A posthumous nomination — and a win — seem likely for the late Chadwick Boseman, for “Ma Rainey’s Black Bottom.” His dynamic performance in the adaptation of Wilson’s play has earned universal acclaim from critics. The pros put him and veteran Delroy Lindo (“Da 5 Bloods”) as frontrunners. Should either be nominated, it’ll be a first for each.

Kingsley Ben-Adir (“One Night in Miami”), Riz Ahmed (“Sound of Metal”), and Steven Yeun (“Minari”) are also in the running. Like ensemble members Boseman and Yeun, newcomer Ben-Adir might seem better suited for the Best Supporting Actor category, but it’s overcrowded this year.

As is the case in the Best Actress category, the general absence of nominees of color contending for the Best Actor Oscar speaks to a lack of lead roles for men of color in film, especially when it comes to Oscar-caliber work.

History: The supporting categories are where performers of color have historically shined. Not this year, alas. Actresses of color have won the Oscar five of the last 10 years: Mo’Nique, Octavia Spencer, Lupita Nyong’o, Viola Davis, and Regina King, who won the award two years ago, as one of two nominees of color (Marina de Tavira was the other for “Roma”). There were no nominees of color last year.

The experts say: This year, there’s just one potential contender — Yuh-Jung Youn for “Minari”; however, she doesn’t rank particularly high on any pundits’ predictions list at the moment; the film may need wider visibility.

Sundance darlings like Channing Godfrey Peoples’ “Miss Juneteenth,” which boasts a 93% Rotten Tomatoes rating, and co-stars Nicole Beharie, will probably be ignored by the Academy, and will instead have dates with the Independent Spirit Awards. 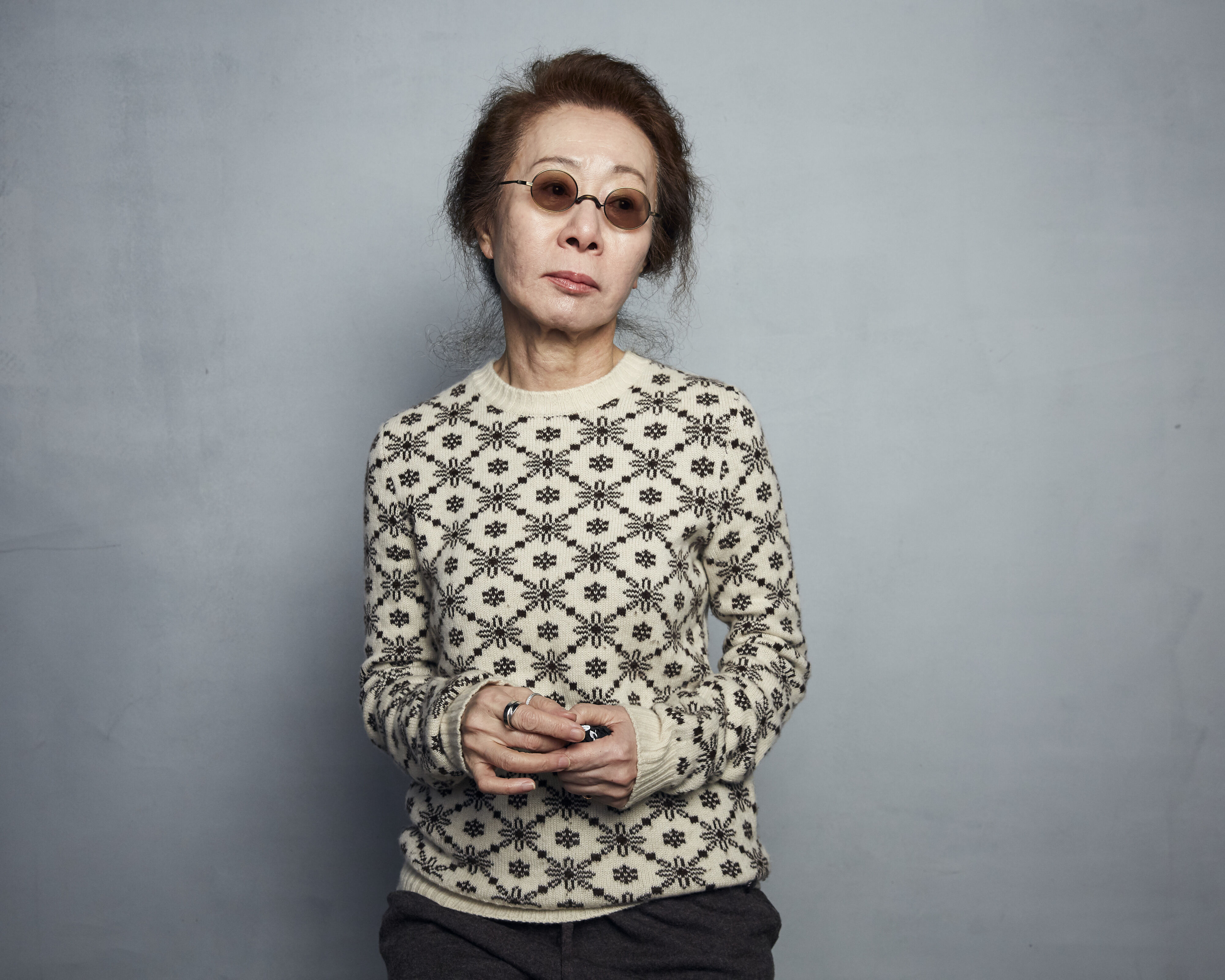 History: Mahershala Ali won this category twice over the last four years (“Moonlight” and “Green Book”). Before Ali, the last time an actor of color won the Oscar was in 2005, when Morgan Freeman took it home for “Million Dollar Baby.”

The experts say: Leslie Odom, Jr. (“One Night in Miami”), Yahya Abdul-Mateen II (“The Trial of the Chicago 7”), Chadwick Boseman (“Da 5 Bloods”), Colman Domingo (“Ma Rainey’s Black Bottom”), and Daniel Kaluuya (“Judas and the Black Messiah”) are all battling for slots. But any one of the four actors from Regina King’s “One Night in Miami,” and the three actors not named Chadwick Boseman (Domingo, Glynn Turman and Michael Potts) in “Ma Rainey” could also end up on the list of the final five nominees.

As far as the experts are concerned, Odom is the frontrunner, perhaps because the “Hamilton” star is the best-known.

History: This is historically one of the least diverse categories. But when writers of color do pick up nominations, they tend to win. In the last decade, writers of color have been nominated six times, and won five of the six: “Precious” (Geoffrey Fletcher), “12 Years a Slave” (John Ridley), “Moonlight” (Barry Jenkins), “BlacKkKlansman” (Kevin Willmott and Spike Lee, co-written with Charlie Wachtel and David Rabinowitz), and “Jojo Rabbit” (Taika Waititi).

The experts say: “Nomadland” (Chloé Zhao), “One Night in Miami” (Kemp Powers), and “Ma Rainey’s Black Bottom” (Ruben Santiago-Hudson) are key contenders of color in this category. For each scribe, a nomination would be a first in this category.

Lee Daniels’ biopic “The United States vs. Billie Holiday” is also getting some attention from prognosticators (adapted by playwright Suzan-Lori Parks from the novel by Johann Hari), but until it screens for critics (it’s officially set for an Oscar-eligible February 26 release), any expert predictions at this point are entirely speculation. 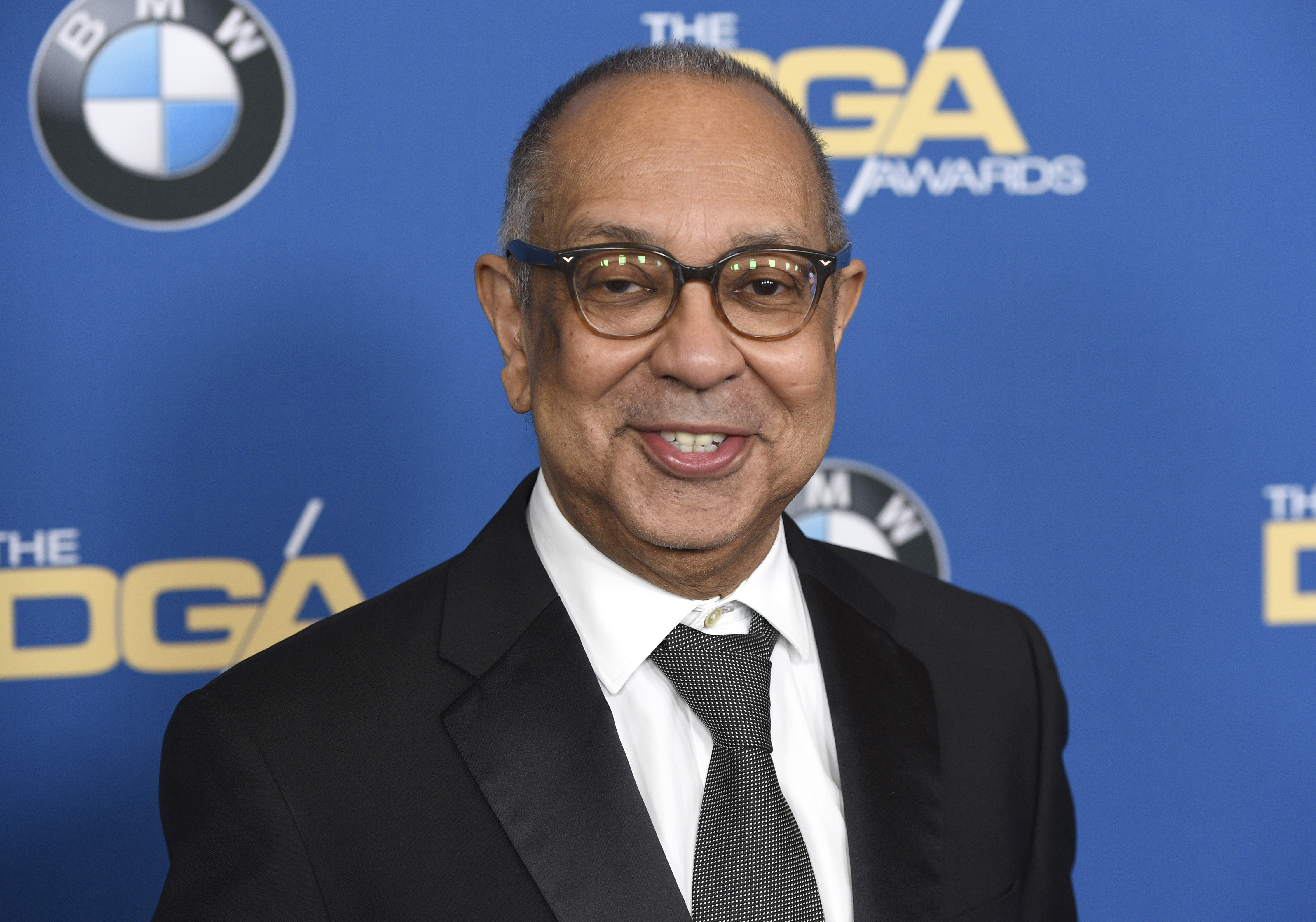 History: Last year saw two writers of color nominated: Bong Joon-ho and Han Jin-won for “Parasite.” They won in a non-diverse category that included Rian Johnson (“Knives Out”), Noah Baumbach (“Marriage Story”), Quentin Tarantino (“Once Upon a Time in Hollywood”), and Sam Mendes and Krysty Wilson-Cairns (“1917”), although Mendes is of Portuguese/Trinidadian and Tobagonian heritage.

Prior to Bong and Han, the last time that a writer of color won this category was at the 2018 ceremony, when “Get Out” writer-director Jordan Peele became the first African American to take home the trophy.

In the last decade, writers of color have won three times: Bong and Han for “Parasite,” Peele’s “Get Out,” and “Birdman,” which was co-written by Alejandro G. Iñárritu, Armando Bo, Alexander Dinelaris Jr., and Nicolás Giacobone.

The experts say: This year’s nominees could see one of the most diverse lineups in the history of the Oscars in this category. “Da 5 Bloods” (Spike Lee, Kevin Willmott, Paul De Meo, and Danny Bilson), “Soul” (Kemp Powers, Pete Docter, and Mike Jones), and “Minari” (Lee Isaac Chung) are all considered frontrunners.

Should Shaka King’s “Judas and the Black Messiah” be released within eligibility dates, it just might make some noise in this category. A few pros already have it on their list of predictions.

No stranger to the Academy Awards, Lee won the Best the Adapted Screenplay category for “BlacKkKlansman” in 2018. Docter has won twice for “Inside Out” and “Up” in the Best Animated Feature Film of the Year category. For everyone else, except for Docter, an Oscar nomination would be the first in their careers.

The 93rd Academy Awards ceremony is scheduled to take place at the Dolby Theatre in Hollywood, Los Angeles, California on April 25, 2021.