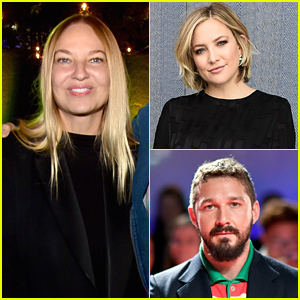 Sia has revealed some surprising news about her upcoming movie, Music.

Speaking with Australia’s Studio 10, the 34-year-old musician opened up about the casting change for lead character Zu that happened very randomly.

“I was going to do a narrative film, and in fact, Shia LaBeouf was cast to play Kate [Hudson]‘s character,” Sia shared.

After setting up a meeting with Kate, the actress “said she was born to do it. She could sing, she could dance, she could do it all.”

Sia adds that the reason she re-casted the role with Kate is because she “liked the tone of her voice. I said, ‘Would you shave your head?’ and she said yes, and Bob’s your uncle.”

Music has been in news a lot lately, as Sia has been defending her choice to cast Maddie Ziegler in the role of the character, Music, who is autistic. This is in despite of Maddie not being autistic herself.

Sia has also come out with claims against Shia, following FKA twigs suing the actor for sexual battery.

View: 1 Based on the Julia Quinn book series of the same name, the title of Netflix’s Bridgerton, quite obviously, takes after the family in its centerfold. Like the Bennetts…
View: 1 Donald Trump issued six angry tweets on the night of December 24, while his wife Melania shared snaps of herself tracking Santa (Pictures: AP/Melania Trump) Donald Trump spent…
View: 1 It’s not all been doom and gloom (Pictures: Tyger Williams/AP/Wellburn Care Homes/SWNS/South Plains Wildlife Rehabilitation Center) 2020 has been an experience to say the least. This eventful year…