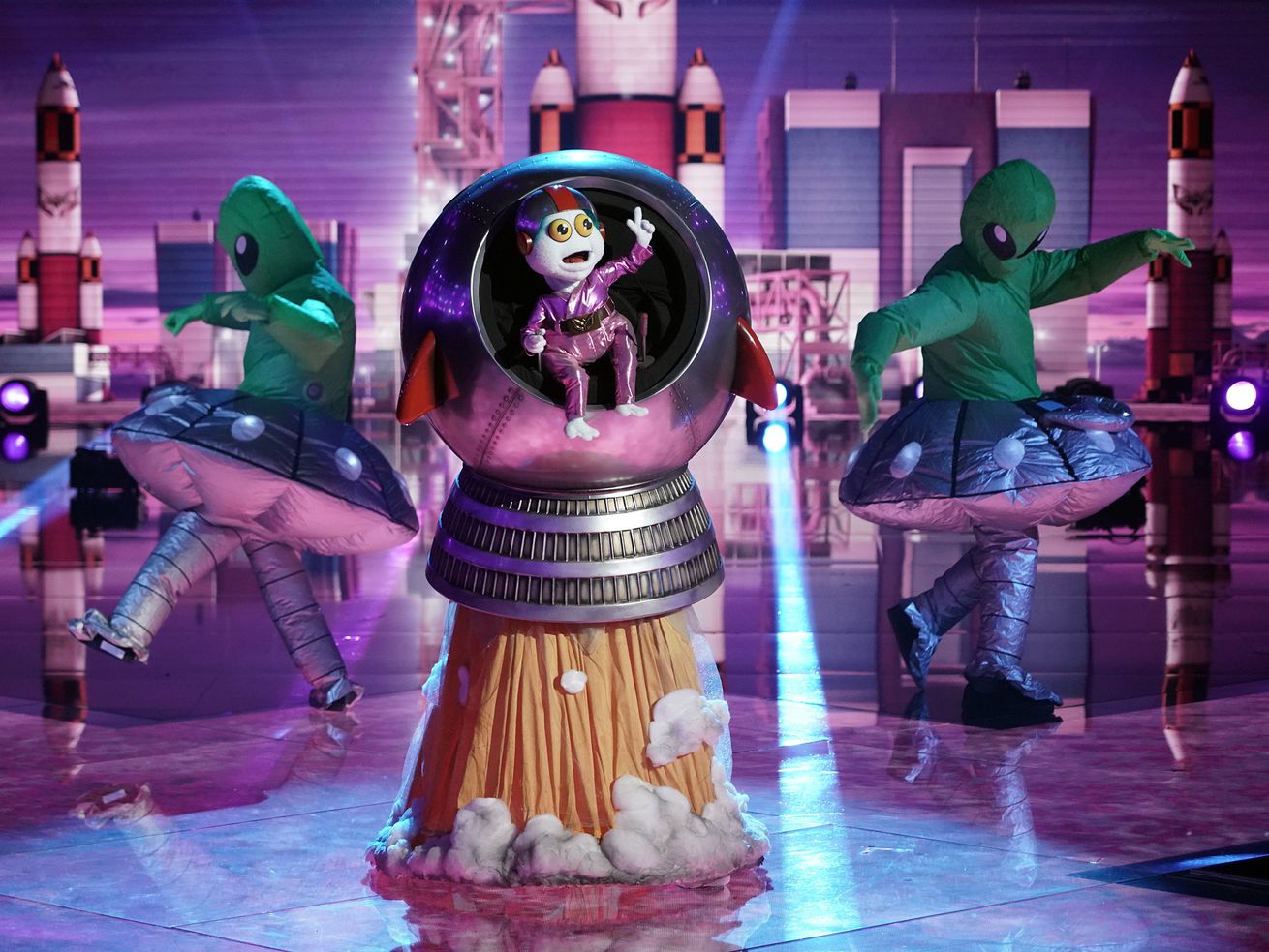 Baby Alien in the “The Group B Play Offs — Cloudy with a Chance of Clues” episode of “The Masked Singer,” airing Wednesday, Oct. 14 | Michael Becker, Fox

A new breakdown reveals predictions for who each of ‘The Masked Singer’ candidates could be.

“The Masked Singer” season 4 is in full swing right now, and there are plenty of predictions out there for who is under each of the masks.

Here’s a breakdown of which masked figures are left, and some guesses as to who might be hiding under the mask. I’ve collected these ideas from GoodHouseKeeping.com and Entertainment Tonight.

Who is the Crocodile?

Who is the Seahorse?

Who is Baby Alien?

Who is the Serpent?

Who is the Popcorn?

Who is the Sun?

Who are the Snow Owls?

View: 1 Erlina Mariana relates how she was saved from a tsunami in 2004 near her home in Banda Aceh, Indonesia, on Sunday, Nov. 24, 2019. She ran from her…
View: 1 Justin Christensen, 42, smiles at his wife Rayna, while sitting with their four children outside their Grantsville home on Thursday, May 28, 2020. “It’s not biased,” Rayna said…
View: 1 Team banners and a Black Lives Matter banner are displayed outside of NBA basketball arenas Friday, Aug. 28, 2020, in Lake Buena Vista, Fla. The NBA playoffs will…