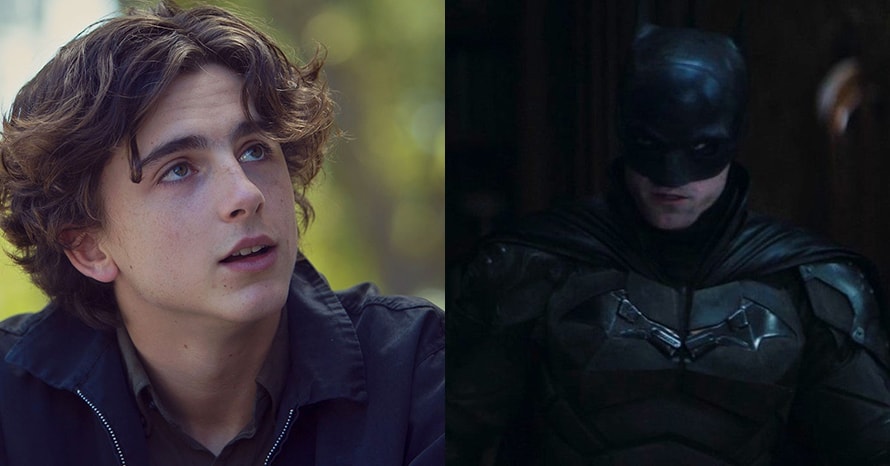 Dune star Timothee Chalamet is imagined as the Robin to Robert Pattinson’s Caped Crusader for Matt Reeves’ The Batman universe.

Robin hasn’t appeared on the big screen since Chris O’Donnell last played the Boy Wonder in Batman & Robin in 1997. In the meantime, Christopher Nolan completely skipped over Robin in The Dark Knight Trilogy and Zack Snyder alluded to a dead Robin in the DC Extended Universe. Luckily, we’ve gotten both Dick Grayson and Jason Todd in Titans, but many fans are craving for a Robin to appear at some point in Robert Pattinson’s The Batman trilogy. As far as who should play him — Dune star Timothee Chalamet might be the perfect choice to bring Robin to life next.

Timothee Chalamet has been up for major superhero roles in the past like Spider-Man, but the 24-year-old actor has also expressed his love for Robin. So far, it doesn’t look like Robin will appear in The Batman, but Matt Reeves appears to be building an entire cinematic universe that could eventually introduce a Robin to fight alongside Robert Pattinson’s Dark Knight. New fan art from digital artist Saarukan Suhanthan shows us why Chalamet is still the top choice for many to play Robin in the future:

THE BOY WONDER I’m really hoping we get to see Dick Grayson Robin at some point during this Batman trilogy. This is how I would have him look like, and @tchalamet is still my ideal choice

Is Timothee Chalamet your top choice to play Robin opposite Robert Pattinson? Would you be interested in seeing a solo Robin film like Joker? Sound-off in the comments section below!

Robert Pattinson’s ‘The Batman’ To Continue Filming Into 2021

Plot details for The Batman are being kept under wraps, but we know that the project will revolve around Robert Pattinson as a younger Bruce Wayne, chronicling Batman during his formative years as Gotham City’s protector. The Batman will also feature the hero making use of his detective skills more than what we’ve seen before in previous iterations of the character. It is also expected to be the first installment to a new Batman trilogy with Pattinson.

Directed by Matt Reeves from a script he co-wrote with Mattson Tomlin, the film stars Robert Pattinson as the Caped Crusader, Zoe Kravitz as Catwoman, Paul Dano as the Riddler, Jeffrey Wright as Commissioner James Gordon, John Turturro as Carmine Falcone, Peter Sarsgaard as Gil Colson, Jayme Lawson as Bella Reál, with Andy Serkis as Alfred Pennyworth, and Colin Farrell as the Penguin.

The Batman is currently scheduled to hit theaters on March 4, 2022. Stay tuned to Heroic Hollywood for all the latest news on Robert Pattinson’s upcoming film, Timothee Chalamet’s Dune, and make sure to subscribe to our YouTube channel for more video content.

The post See Timothee Chalamet As The Perfect Robin For Robert Pattinson’s ‘The Batman’ appeared first on Heroic Hollywood.