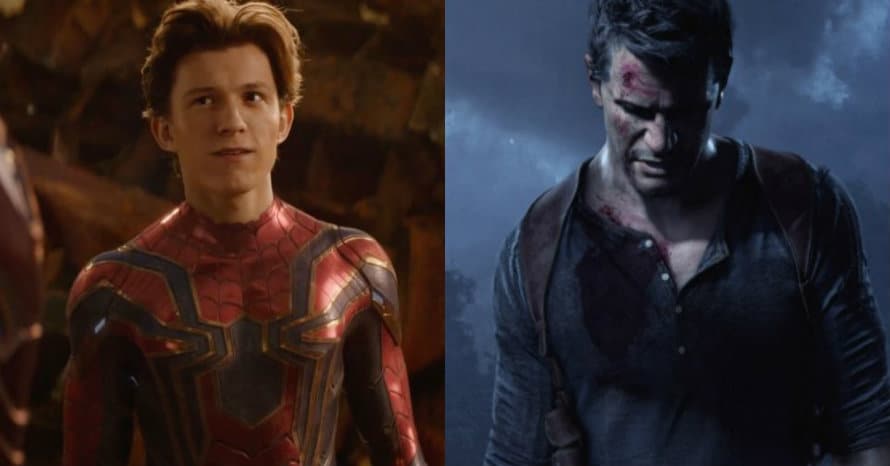 The first look at Tom Holland as Nathan Drake in Sony’s Uncharted arrived online courtesy of the leading man himself.

With production on Sony’s Uncharted coming to a close, Tom Holland revealed the first look at himself as Nathan Drake in the video game adaptation. The film will focus on a younger version of the adventurer as he works with Mark Wahlberg’s Victor “Sully” Sullivan. Uncharted fans haven’t seen much from the film, although set photos from September showed the duo at an event in Berlin wearing tuxedos, although it’s not clear how that’ll play into the film.

But Uncharted star Tom Holland revealed the first full look at Nathan Drake in the film on Instagram, wearing his signature long sleeve shirt with twin holsters thrown over his shoulders. He’s stood in what looks like a ruined ship, so fans definitely don’t need to worry about the film’s adventuring. It looks like the film is using plenty of practical effects for its set, so hopefully it should feel like a thrilling adventure when it finally arrives in theaters. Take a look at Holland’s Nathan Drake below.

What do you think of Tom Holland’s costume? Are you excited to see Nathan Drake in Sony’s Uncharted? Sound-off in the comments below!

Based on the PlayStation video game series of the same name, the film is set to chronicle the first encounter between Tom Holland’s Nathan Drake and the fortune seeker and businessman Victor Sullivan. The film is reportedly influenced by a sequence in Uncharted 3: Drake’s Deception.

Uncharted will be released in theaters on October 8th, 2021. Stay tuned for all the latest news on Tom Holland and Sony’s Uncharted and be sure to subscribe to Heroic Hollywood’s YouTube channel for more video content!