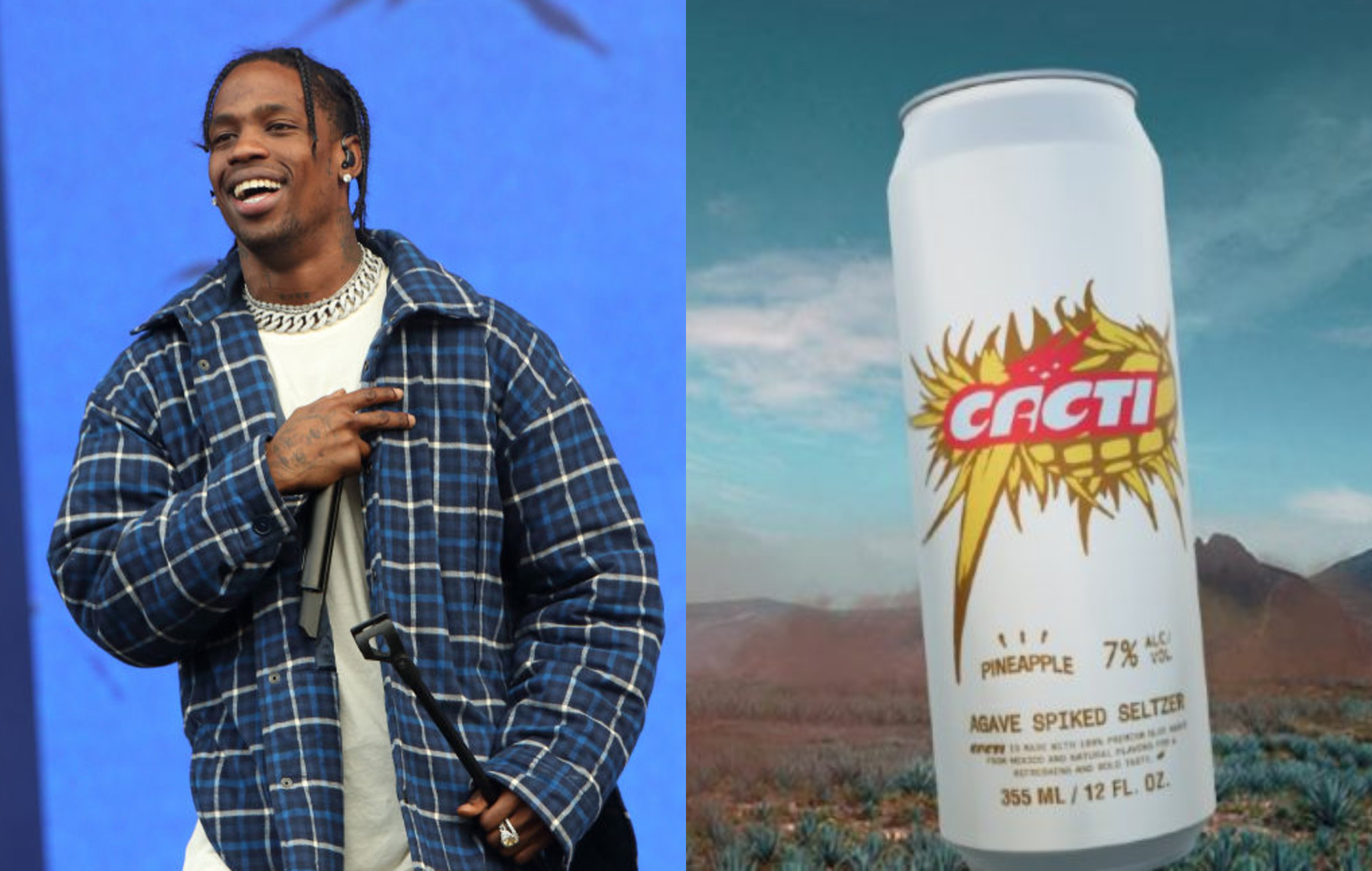 Travis Scott has announced his latest entrepreneurial endeavour — a brand of seltzer, Cacti.

Scott took to Instagram on Friday (December 18) to tease the first official shots of the product. The accompanying caption said, “[I] remember me and the gang use [sic] to sneak my pops drinks out the back of the crib. I Remember my first night pure rage with the squad!!”

The same post goes on to explain that the ‘Antidote’ rapper has been working on the range for some time, with the first lot of flavours set to roll out in early 2021.

Though Scott’s social media isn’t rife with details, the Cacti website has more information, explaining the drink is an agave-spiked seltzer made with “natural flavours” and “100% premium blue agave from Mexico”. The interactive, desert-inspired visuals for which Scott is known are also a feature of the site.

According to Billboard, Scott has partnered with brewing company Anheuser-Busch to launch Cacti.

This isn’t the first endeavour Scott has embarked on outside of music this year.

In October, Scott announced he had teamed up with Sony through his Cactus Jack brand – through whom the forthcoming beverage is being put out – for a “strategic creative partnership” toward the launch of the company’s latest console, PlayStation 5.

That creative partnership, according to Forbes, could involve “a cobranded console and perhaps even a game designed by Scott”.

A month after his initial partnership announcement, Scott unveiled a line of PlayStation-branded shoes with Nike, with whom he also has a partnership.

The neutral-toned shoe features the PlayStation logo emblazoned on the heel and sole.