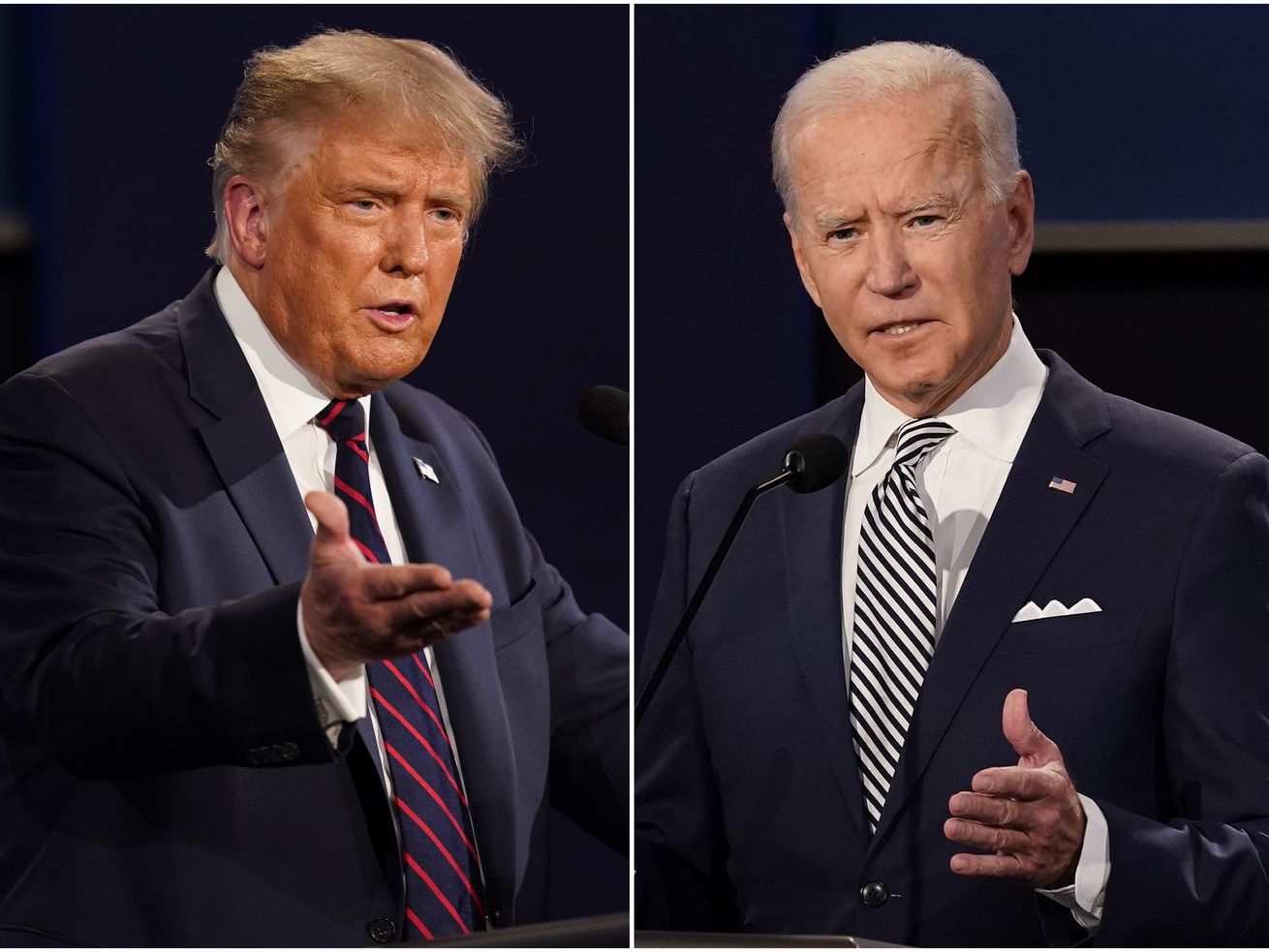 NBC News announced Wednesday that it would it host a President Trump town hall Thursday, a week after ABC News said it would be hosting a Biden town hall at the same time

That’s because both GOP incumbent President Donald Trump and Democratic challenger Joe Biden will appear on separate television networks at the exact same time in lieu of a second presidential debate.

The second presidential debate was scheduled for Thursday — styled as a “town meeting” moderated by C-SPAN senior executive producer Steve Scully — and was later transformed into a virtual debate because of coronavirus concerns. Trump said he didn’t want to participate in a virtual debate, then Biden announced his own town hall.

NBC’s decision to hold the event came after the National Institute of Health’s Dr. Clifford Lane provided a statement to the network saying that he and Dr. Anthony Fauci had concluded “with a high degree of confidence” that Trump was “not shedding infectious virus.”

The president was released from Walter Reed National Military Medical Center on Oct. 5 after spending the weekend receiving medical treatments and under observation for the coronavirus. Several members of the president’s inner circle, including first lady Melania Trump and their son Barron, had also tested positive for the coronavirus.

The town hall will be outdoors at Perez Art Museum while Trump, Guthrie and the audience remain socially distanced and NBC News staffers will be tested on site, according to the network.

When both candidates backed away from the second presidential debate on Oct, 8, ABC News announced it would host a Biden town hall instead.

The Biden town hall will be moderated by ABC News chief anchor George Stephanopoulos at the National Constitution Center in Philadelphia, Pennsylvania. Voters will ask questions of Biden, according to ABC. The event is expected to last 90 minutes, a half hour longer than the Trump town hall on NBC.

ABC News also stated it will be following state and local health and safety guidelines in regards to the coronavirus.

Both town halls are scheduled for 8 p.m. Eastern time.

The ABC News town hall with Biden will be available on the network’s television station, ABCNews.com, ABC mobile apps, YouTube and on ABC streaming services.

But why both town halls at the same time?

In announcing the Trump town hall, NBC News offered no reason why it would schedule president’s town hall while the former vice president would be appearing on a competing network.

NBC officials debated moving the Trump town hall to a later time Thursday, but worried that a later showing would attract a larger television audience. “In theory, they argued, starting the event at 9 or 10 p.m. Eastern would grant Mr. Trump access to a larger potential live audience than Mr. Biden had for his NBC event on Oct. 5,” The New York Times reported.

The executives insisted that scheduling the event during Biden’s own town hall was their decision — not the Trump campaign’s — and that the decision was simple because Trump was available Thursday.

Fox News reported, according to a NBC insider, “that the network’s hands were tied when ABC announced the Biden event, as Election Day is only 18 days away and there is another debate next week, leaving available days scarce.” The insider told Fox News, as the Times’ also reported, that NBC wanted the Trump town hall to mirror the Biden event the network hosted last week.”

The network’s decision was decried by some on Wednesday as an effort to create dueling debates. The hashtag #BoycottNBCTownHall was trending on Twitter for much of the day Wednesday.

“This is a bad result for American voters, who should not be forced to choose which to watch,” said Mark Lukasiewicz, a former NBC News vice president who is now the dean of Hofstra University’s Lawrence Herbert School of Communication, on Twitter.

This is a bad result for American voters, who should not be forced to choose which to watch. So much is still going wrong with how TV journalism copes, or still fails to cope, with @realDonaldTrump. https://t.co/eRylzIuIBO

Charles Haynes, an author and senior fellow at the Religious Freedom Center said in a tweet, “Scheduling Trump to counter-program Biden is either a ratings ploy or partisanship. Trump ducked the debate – now he gets free airtime during Biden’s event.”

Scheduling Trump to counter-program Biden is either a ratings ploy or partisanship. Trump ducked the debate – now he gets free airtime during Biden’s event. I am so done with @NBCNews #BoycottNBCTownHall

Why was the second debate canceled?

The Commission on Presidential Debates announced last Thursday that the second debate would be virtual “in order to protect the health and safety of all involved.” The decision was made after Trump and several campaign and White House aides had tested positive for the coronavirus.

“I’m not going to waste my time on a virtual debate,” the president said in an interview with “Fox Business” later that morning. “The commission changed the debate style and that’s not acceptable to us,” he added.

Biden deputy campaign manager Kate Bedingfield responded to the president’s comments in a statement, saying “Joe Biden was prepared to accept the CPD’s proposal for a virtual town Hall, but the president has refused, as Donald Trump clearly does not want to face questions from the voters about his failures on COVID and the economy.”

“As a result, Joe Biden will find an appropriate place to take questions from voters directly on Oct. 15, as he has done on several occasions in recent weeks,” Bedingfield said, referencing the now scheduled ABC News town hall in Philadelphia.

With both candidates saying they’d go their own ways, the commission canceled the event.

When is the next debate?

The final presidential debate of the 2020 presidential election will be Thursday, Oct. 22, at Belmont University in Nashville, Tennessee. According to the debate commission, NBC News’ Kristen Welker will moderate the final debate.