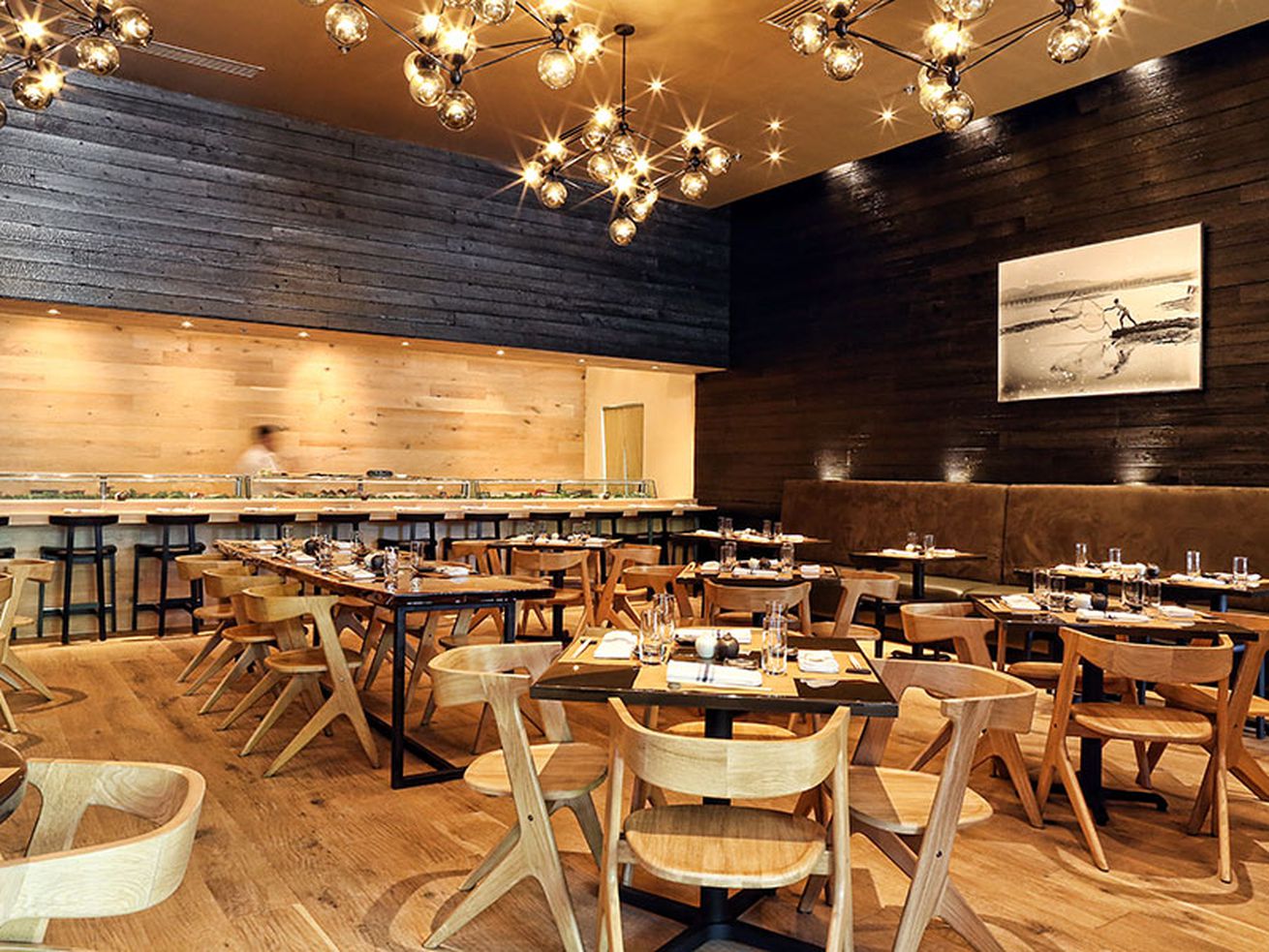 Umi in Buckhead has come under fire — with people calling for a boycott of the sushi restaurant — over its dress code policy, which an Atlanta couple alleges was used to discriminate against them.

On Friday, October 23, Kaylan Colbert and her husband, William Johnson, say that they arrived early for their 5:15 p.m. reservation at Umi and were told by management that Johnson was in violation of the restaurant’s dress code for wearing white Nike Air Force 1 sneakers. After an exchange regarding the policy with management, the couple was denied service and asked to leave. The situation devolved further when Umi owner Farshid Arshid got involved.

Colbert, who is a personal injury attorney in Atlanta, appeared on Fox 5 Atlanta Thursday night to discuss the incident. In the interview, Colbert says the couple was unaware sneakers were a violation of the dress code policy — she alleges that Johnson had worn the same sneakers to the restaurant before without incident — and were willing to comply when Johnson noticed a woman seated at the bar in sneakers. “If you’re going to have rules, they should apply to everyone, and not just some people,” Colbert told Fox 5.

The restaurant’s dress code policy as listed on its website states that Umi prohibits ball caps, sneakers, athletic wear, and sports jerseys, along with shorts, flip flops, and tank tops for men, specifically when worn inside. It also states the dress code is “strictly enforced.”

But the couple feels the dress code policy is arbitrarily enforced, and confronted management and ownership about other people being allowed to dine in while wearing sneakers. Videos Colbert posted to Instagram of the October 23 incident appear to show a woman seated at the bar wearing silver tennis shoes. Johnson points out to a staff member that the woman is wearing “Adidas sneakers,” asking why she is allowed to be seated but he is not.

“We were standing by her, but they are refusing to look down at her shoes to confirm that she has on sneakers,” Colbert tells Eater. “At one point, someone does look down and says, ‘They’re high-end sneakers.’ The lady actually kicks her foot out and she said, ‘Yeah, these are Adidas.’”

My husband and I went for my birthday dinner and they refused us for him wearing tennis shoes. Specially AF1s. We then saw an older white woman with Adidas tennis shoes on who was being served with no problems. He told me that recording this video would do nothing to him!

After being asked to leave the restaurant, Johnson and Colbert question the assistant general manager over the seemingly arbitrarily enforced dress code policy. In the video, the assistant general manager says he was told the woman at the bar had on “dress sneakers.” When Arshid happens to exit the restaurant at the same time, the couple question him about the sneaker policy. Arshid replies, “There’s no Adidas, there’s no Nikes, we just don’t have sneakers [worn inside.]” He tells Johnson, “There’s no Air Force 1s. It’s done.”

Colbert tells Eater that because Air Force 1s are “synonymous with hip hop,” she and Johnson took Arshid’s comments to mean he did not want the couple in the restaurant with Johnson wearing “these Black people’s shoes.”

The exchange between Arshid and Johnson then becomes heated, with video capturing Arshid threatening to call the police, stating of Johnson, “He’s going to go to jail tonight.” The exchange escalates, with Colbert saying her husband is being treated like the N-word, and Arshid apparently misunderstanding and thinking the racial slur was being applied to him. The confrontation starts to get physical, though blows aren’t exchanged, and ultimately breaks up after about 10 minutes.

“He was concerned for his life,” Colbert says of Johnson’s reaction to the threat of police involvement. “I don’t know what an officer is going to show up feeling like, and they may feel automatically threatened because of his size. He was freaking out. We were in the car after we left and my chest was hurting. It just felt crazy. I’ve never felt like that before.”

When reached for comment by phone, Arshid tells Eater he has apologized to the couple via text and by phone for his behavior during the exchange and for the restaurant’s mishandling of the situation.

“We should never have engaged with each other. I feel ashamed about that. We as the restaurant should have deescalated the situation,” Arshid says. “I don’t know whether the woman [at the bar] had sneakers on or not, but this was 100 percent an operational failure by us and by me. When I got engaged, I should have investigated it. Maybe I should have gone inside and looked and come back out and said, ‘Sir, you’re right.’”

Colbert says that she and Johnson “have not accepted any apology from him. We don’t feel like he’s genuine.”

Restaurants throughout the country have recently come under fire for similar dress code policies. In Baltimore last year, Atlas Restaurant Group received backlash online for a dress code policy posted to the outside of its new Baltimore venue, Choptank, listing “excessively baggy clothing,” “brimless headgear,” “backwards or sideways hats,” and jerseys, among other items, as prohibited. Chicago bar Bottled Blonde faced similar ire over its dress code in 2017, which called for “No excessively Baggie [sic], Sagging, Ripped, Dirty, Frayed, Overly Flashy, or Bright clothing”; “No plain white tees, long tees, denim, flannel (not even around one’s waist)”; and “No gang attire…no camouflage.”

When asked if he thought the dress code itself is discriminatory, Arshid, who also co-owns Buckhead bar Himitsu next door to Umi, says he plans to readdress banning sneakers as part of Umi’s dress code, but likely won’t make any further policy changes.

“I’m also a sneaker head. I come from music, fashion, and the arts,” he says. “So, we’re constantly changing the artwork, the chandeliers, design at Umi to elevate our atmosphere. Dinner is still theater, and I still believe that every occasion and every venue has a certain type of dress code.”

He says he hopes to make it right for Colbert and Johnson and is willing to continue the conversation with the couple.

“Of course owners can make their own rules and decide how they want their restaurants to be run,” Colbert says. “But if you’re not going to enforce those rules on everybody, then yes, it does become a discriminatory practice at that point.”

View: 4 Le Bon Nosh An Eater reader asks which Atlanta restaurants can accommodate a large group for a really nice dinner out Welcome to Ask Eater Atlanta, a dining…
View: 2 Brandon Amato Described as a “vibe-forward social dining experience” at the Works, Your 3rd Spot is the latest “eatertainment” establishment to open in Atlanta The first of a…
View: 1Vaccines and treatments are in trials, but the virus remains a leading killer of infants worldwide. See source