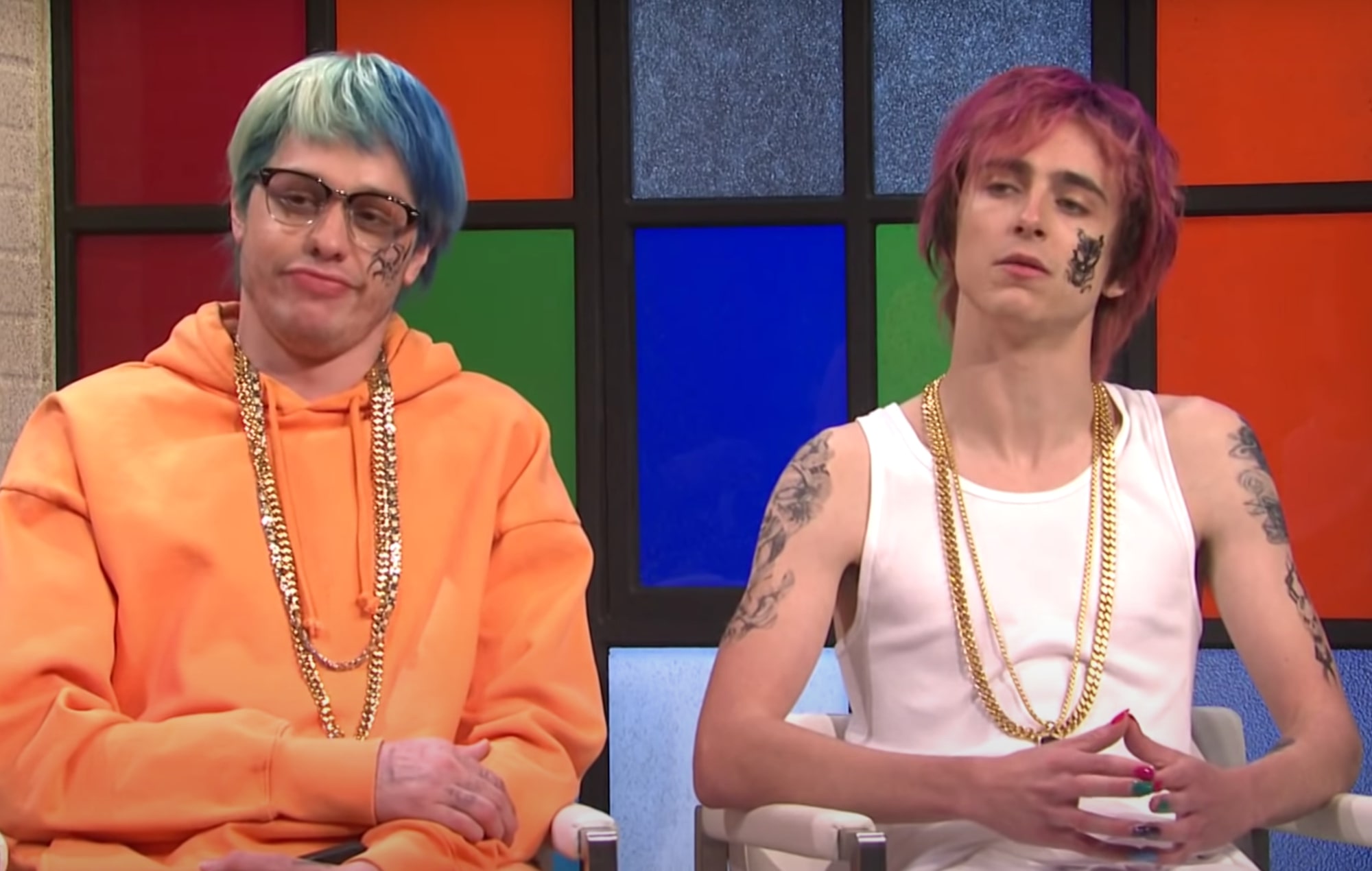 The actor hosted the latest episode of the long-running US sketch show, which also featured Bruce Springsteen as the musical guest.

During the show, Chalamet took part in a number of sketches. In one, he appeared as a guest on a talk show hosted by Dionne Warwick (played by Ego Nwodim). “Miss Warwick, you’re a legend,” Chalamet said in an English accent as he sat down with Nwodim’s Warwick. “I can’t believe it, I’m such a big fan.”

When Nwodim asked where she knew him from, he replied: “Maybe you know my song ‘Watermelon Sugar’? I think it’s just about summer but some people think it’s about oral sex.” Melissa Villaseñor also appeared in the sketch as Billie Eilish, while Pete Davidson played Machine Gun Kelly. Watch it below now.

In another sketch, Davidson and Chalamet played Soundcloud rappers called Guaplord and Smokecheddathaassgetta. During an XXL Rap Roundtable hosted by Nwodim as Nunya Bizness, the pair joined Questlove and Punkie Johnson playing Queen Latifah to discuss the year in hip-hop.

However, Davidson and Chalamet’s characters drew the ire of the rest of the panel, answering Nwodim’s questions with a series of “yeets” and “skrrts”, and citing their influences as “The Fall Out Boys” and an advert featuring rapping hamsters. Watch that sketch above now.

Meanwhile, Chalamet’s planned Bob Dylan biopic was postponed in October due to the coronavirus pandemic.

The film’s cinematographer Phedon Papamichael explained the period-specific settings would be difficult to execute properly with restrictions around the virus in place.

View: 1 Clay Walker is back with a new single and a new music video to go along with it.  The country star recently debuted his… The post Clay Walker…
View: 1 Country hit maker Jana Kramer has traded the recording booth for another passion in recent years — acting in a series of Hallmark and Lifetime movies. But her…
View: 1 Vikings and Hunger Games actor-turned-country singer Alexander Ludwig has married his fiancée Lauren Dear, according to Instagram photos posted on January 3rd. The marriage announcement comes less than…